"We know that the future of the Earth must not be compromised," Bush said. "Our responsibility is to maintain… our commitment to sound science and an open mind to policy options. So the United States will continue its efforts to improve our understanding of climate change, to seek hard data, accurate models, and new ways to improve the science and determine how best to meet these tremendous challenges."

Two years later, Bush affirmed our nation's position: “The United States is strongly committed to the IPCC process of international cooperation on global climate change. We all know that human activities are changing the atmosphere in unexpected and in unprecedented ways.”

The president's wife of 73 years, Barbara Bush, died this week, rekindling memories of her visit to the Wells Reserve on a spring morning 14 years ago. Mrs. Bush, who has said she agreed with her husband on 99 percent of issues, and who evidenced a deep commitment to health care, literacy, and the welfare of children, was unlikely to have diverged from him on global climate change.

But their son, George W., went another direction in his presidency, which scuttled climate science and impeded international efforts to address global warming. It was this White House, however, that telephoned the Wells Reserve in 2004 to arrange a presidential visit. 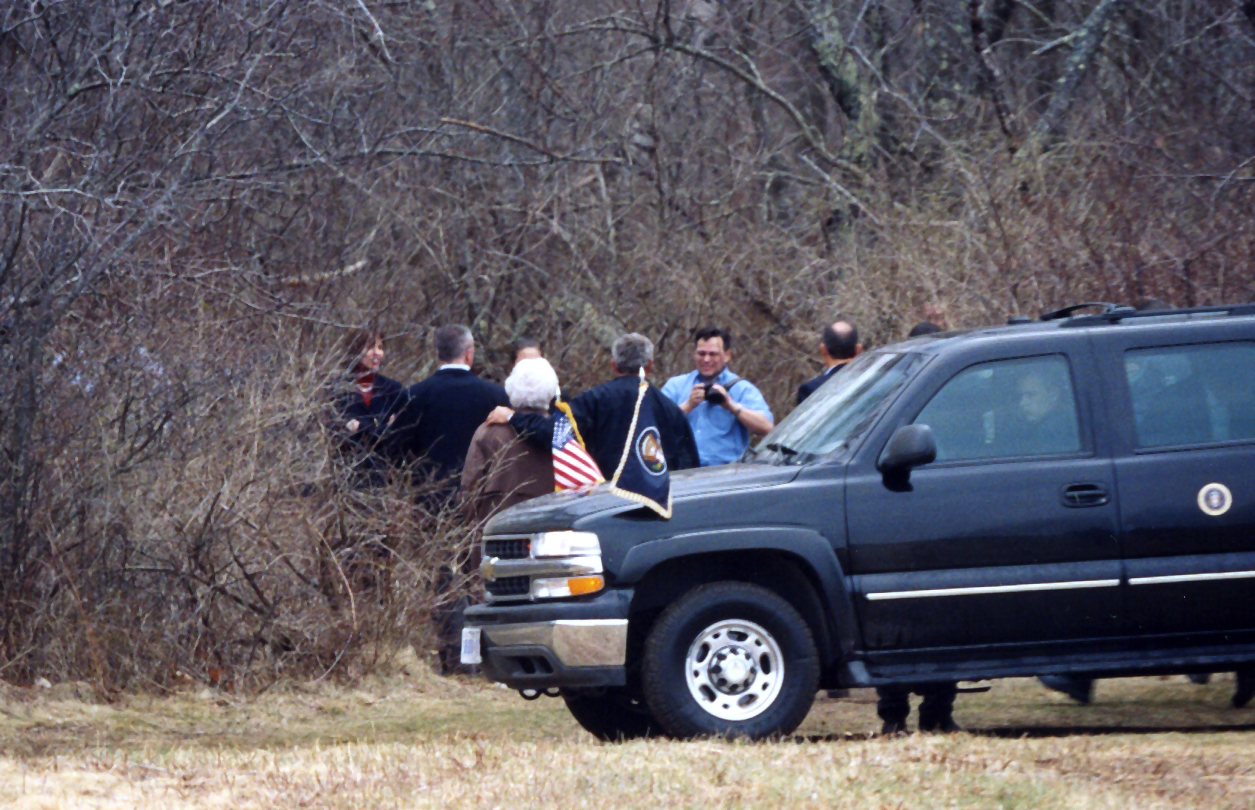 On that 35th annual Earth Day, the president's motorcade whisked past protesters lining Route 1, cruised up Laudholm Farm Road, and drove briskly down the Cart Path to a stop at "research road." From a distance, as limousine doors opened, it was not the president who first caught the eye but his mother, her snowy coif glowing over the meadow. The two embraced, stood a moment for photos, and parted, he toward dignitaries and the salt marsh, she across the field to visit with the assembled audience.

President George W. Bush's remarks that day steered clear of climate change, as did his second term in office. The next White House occupant, in contrast, put climate change near the top of his agenda. Now, that man's successor denies its existence.

These White House flip-flops on climate change are maddening for everyone half the time. Here at the Wells Reserve, with science deep in our DNA, we carry on either way, because we know the work needs to be done and we believe it is more prudent to prepare for change than simply to deny it's coming.

We urge you to share our motivation to act despite the whiplash in Washington, for as one knowledgeable matriarch observed, “The future of this nation does not depend on what happens at the White House, but what happens at your house.”

How can small little bits persist or have any effect?

Celebrating the Gift of Planet Earth

Our Fathers, Who Art in Science