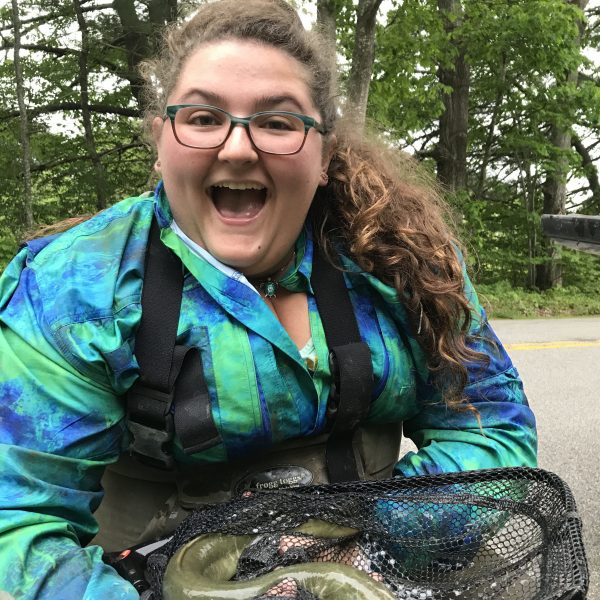 This summer, I focused on identifying patterns in the early life history of invasive green crabs and determining if those patterns could be influenced by climate change. My work included measuring the shells of egg-bearing females, determining male:female ratios in the population, identifying larval green crabs from an archival time series, and testing the effects of ocean acidification on live green crab larvae.

I found that green crabs in southern Maine have some fascinating aspects to their early life history:

These findings all suggest that green crabs have the potential to maintain their populations and continue spreading as an invasive species, even as southern Maine's coastal waters warm and acidify. This could mean continued trouble for Maine’s softshell clam industry.

During my nine weeks at the Wells Reserve, I was involved in several other projects. I assisted with the York River fisheries study, created an electronic identification guide for crab larvae, and helped to set up a microscope camera system with a mounted monitor so that visitors to the Coastal Ecology Center can see larval specimens under the microscope in real time.

I plan to present a poster on my main project at the annual NERR System conference in November.

Blair Morrison was a NOAA Hollings Scholar at the reserve in 2017. She returned to the University of Alabama as a senior to complete her studies of marine science and biology.

The reserve works with Dr. Brian Beal, one of the leading scientists looking at the impacts of green crabs on soft-shell clam populations.