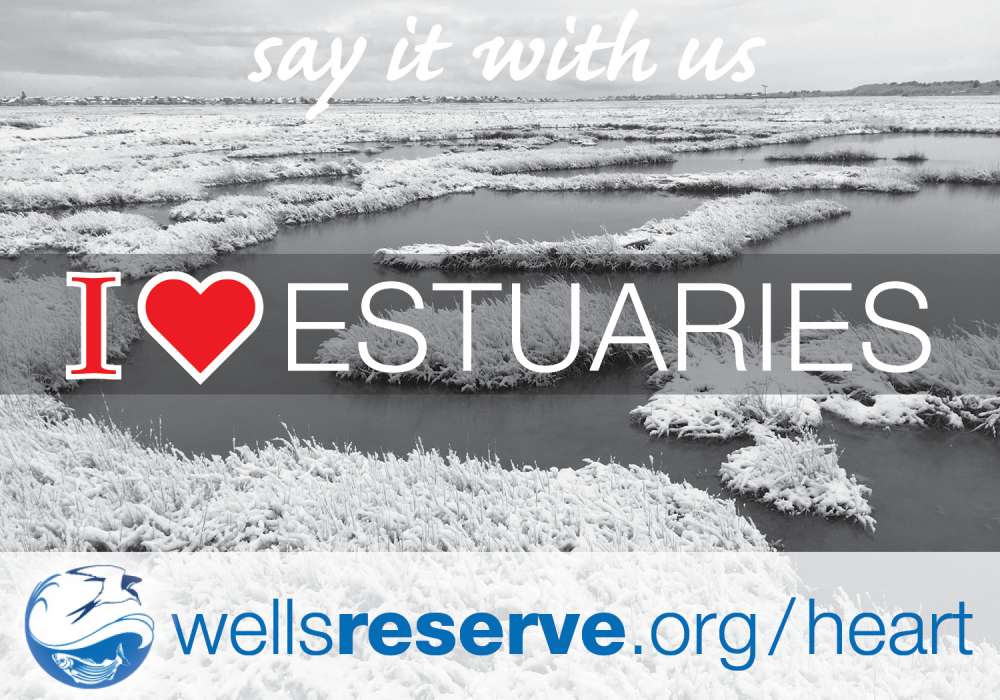 Whether yours is the Mousam, the Webhannet, the Ogunquit, the York, the Piscataqua, or any number of other rivers wandering across the Gulf of Maine's coastal plain, it eventually meets a tidal wetland we like to call an estuary. Estuaries are ecological marvels and economic enablers. These brackish waters are being celebrated this weekend through the #iheartestuaries social media campaign—and you're free to join in.

…is a great way to demonstrate local support for estuaries—and the federal programs that benefit them.

Anyone! Visitors, volunteers, staff, friends, partners… all it takes is a social media account and a desire to speak out for estuaries.

Most folks post on Twitter, Instagram, and Facebook, and that's where you will find us, too. Retweet/share our posts or make up a few of your own. It's a good idea to mention your members of Congress so they know how you're feeling about estuaries, and don't forget to use the hashtag! We'll be active from February 11 to 14 this year.

Through I♥, we raise a collective, often light-hearted voice in support of estuaries at an important time in the federal appropriations cycle. The Wells Reserve receives most of its funding through the National Oceanic Atmospheric Administration (thanks to local matching funds provided by Laudholm Trust), so we pay particular attention to its portion of the Department of Commerce budget.

Whose Idea is This?

The I♥ campaign is coordinated by the National Estuarine Research Reserve Association, Restore America’s Estuaries, and the Association of National Estuary Programs, three partnership organizations with their hearts in the right place: tidal wetlands.

What is an Estuary?

We often say estuaries are where rivers meet the sea. Around here, estuary is often synonymous with salt marsh, but estuaries are also known as sloughs or bays, and sometimes feature mangroves rather than saltmarsh grasses.

Our education program has put together loads of information on this topic (file size warning: 53 MB PDF!), so you can dig in as deeply as you like.

And you can ask us anything. You know where to find us.

Want to know where Maine's salt marshes are found? The Maine Natural Areas Program has a nifty map viewer that displays the state's current tidal marshes. 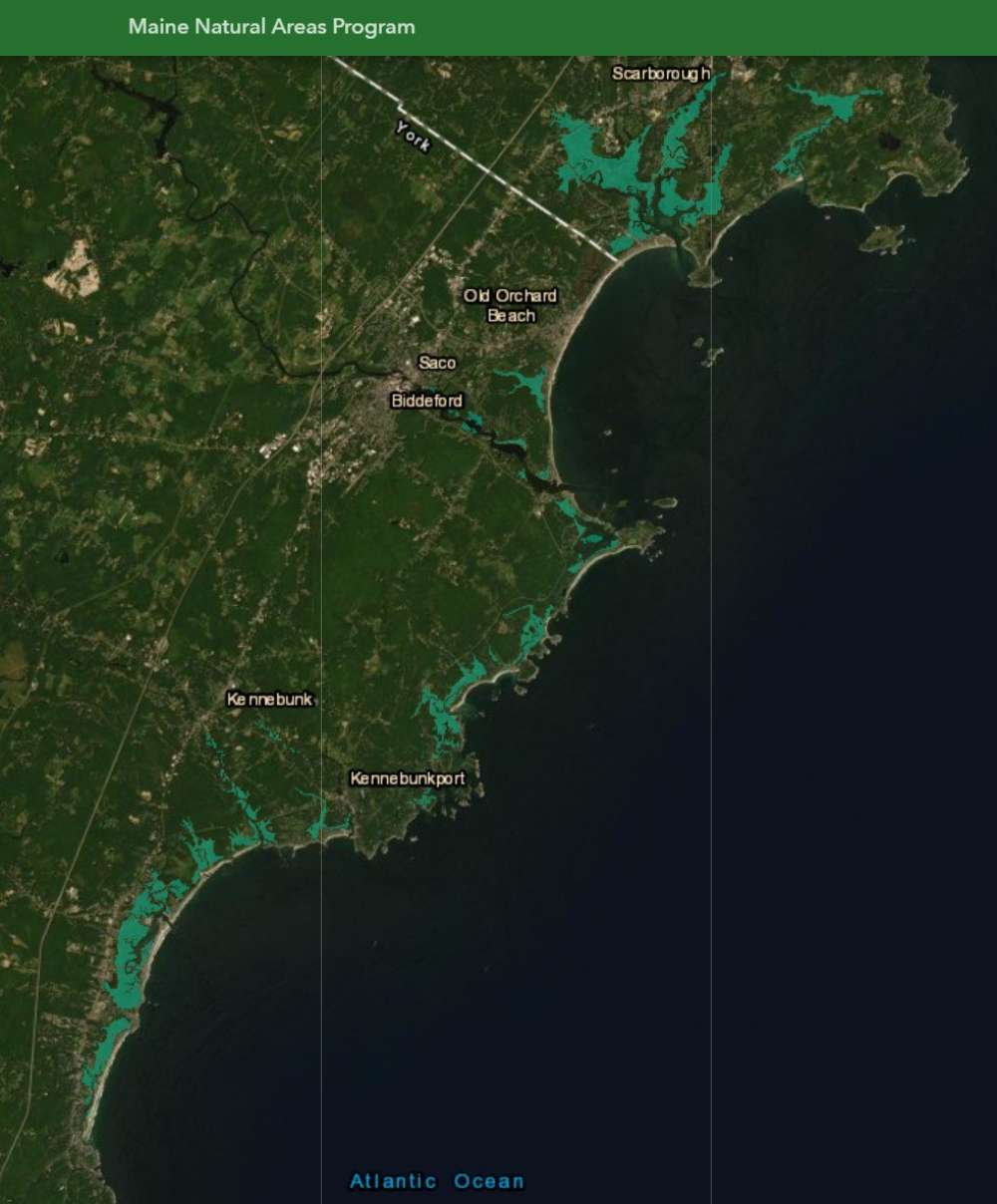 The annual #iheartestuaries campaign calls on everyone to emote. What if you don't feel it?

Whether its your local watershed or the federal budget, every little drip counts