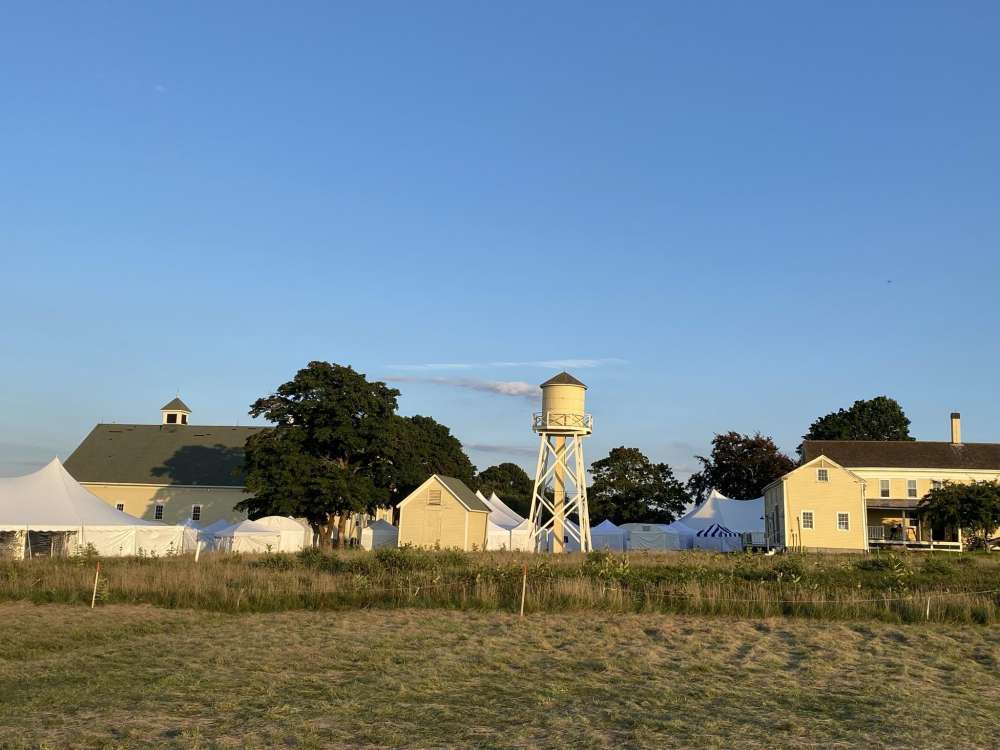 Gazing over the Laudholm Nature Crafts Festival from my emcee post, I watched 110 artists, 100 volunteers and staff members, and 4,300 attendees come together to vanquish fear and stress for at least one September weekend in Maine. In the shadow of September 11 and a pandemic still surging, folks strolled arm-in-arm, and in masks, through an oasis of calm, beauty, and delight. 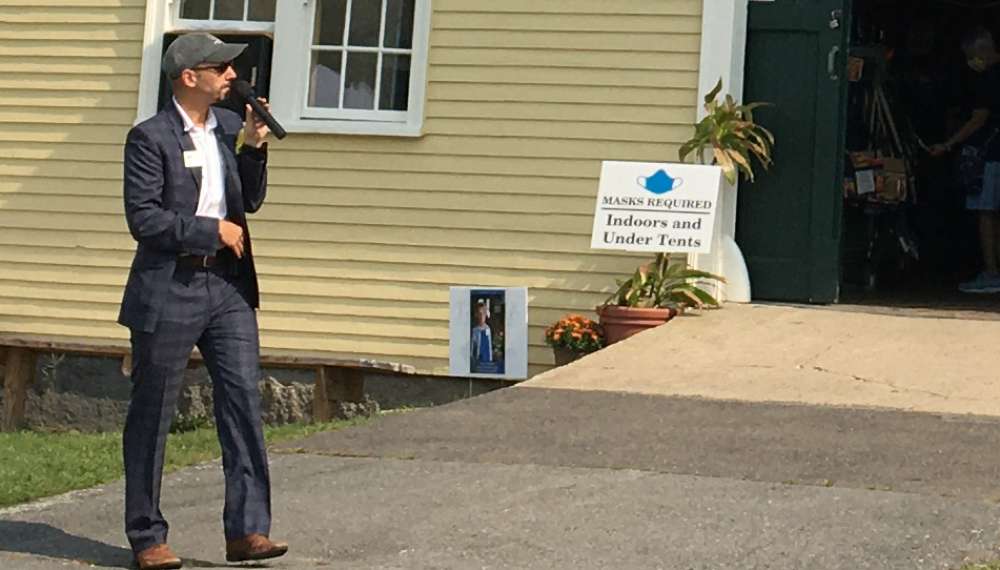 Saturday was a bluebird day, just like that Tuesday morning 20 years ago. We flew the flag at half-staff, and I noted a number of American flag shirts among the crowd, but it was hard to insert a moment of silence, let alone any somber words, into the bustling show. Human creativity and the natural world were on full display at the Wells Reserve over the weekend. They were our response to the tragedy.

They are very nearly the opposite of war. Whether it be a land war in Asia, a War on Terror, a War on Drugs — what does war do but destroy? “War is cruelty. There is no use trying to reform it,” wrote Union Army General William Tecumseh Sherman. The recent conclusion of the Afghan War and the 20-year mark of September 11 made plain the ongoing cruel nature of war. Did Afghanistan, or the United States, benefit from the past 20 years of retaliation and strife? I do not think so. Given the choice between destruction and creation, why do we ever choose the former, when we could invest in the latter? Make art, not war. Drop dew, not bombs.

On the Sunday morning of the Crafts Festival, it dawned on me that 9/12 is as important as 9/11. In 2001, that was the day after the calamity, the day that we had to wake up and summon the courage to carry on. Because if we didn’t, then the tragedy would have been complete and irrevocable. If we do not carry on, what do we miss? So much.

We did the Crafts Festival together. From many, one. That is how we must act if we are to survive catastrophes: terrorist, pandemic, and otherwise. It feels like the bonds of unity fray more quickly nowadays, sawn at by social media, burned by hot tempers. I can attest that, at least at the Wells Reserve on that weekend, there was peace, and there was heart. I am grateful to all for making the show happen this year. We all needed it, and it delivered.

We will see you next “weekend after Labor Day” for more human creativity and more natural beauty. Until then, stay safe, and stay well. 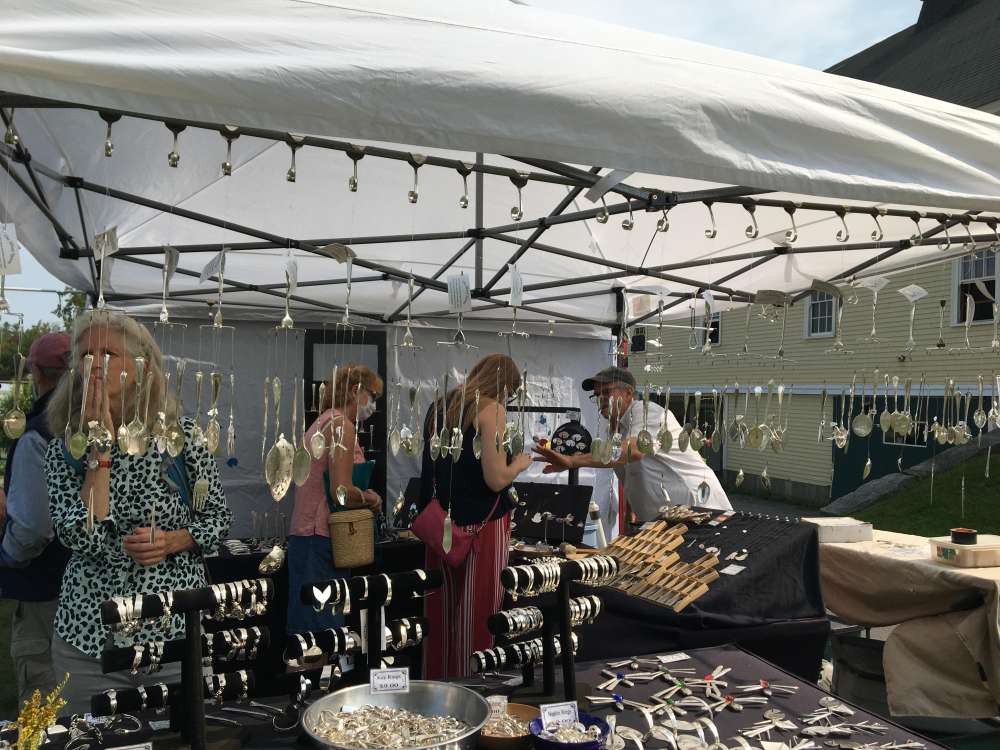 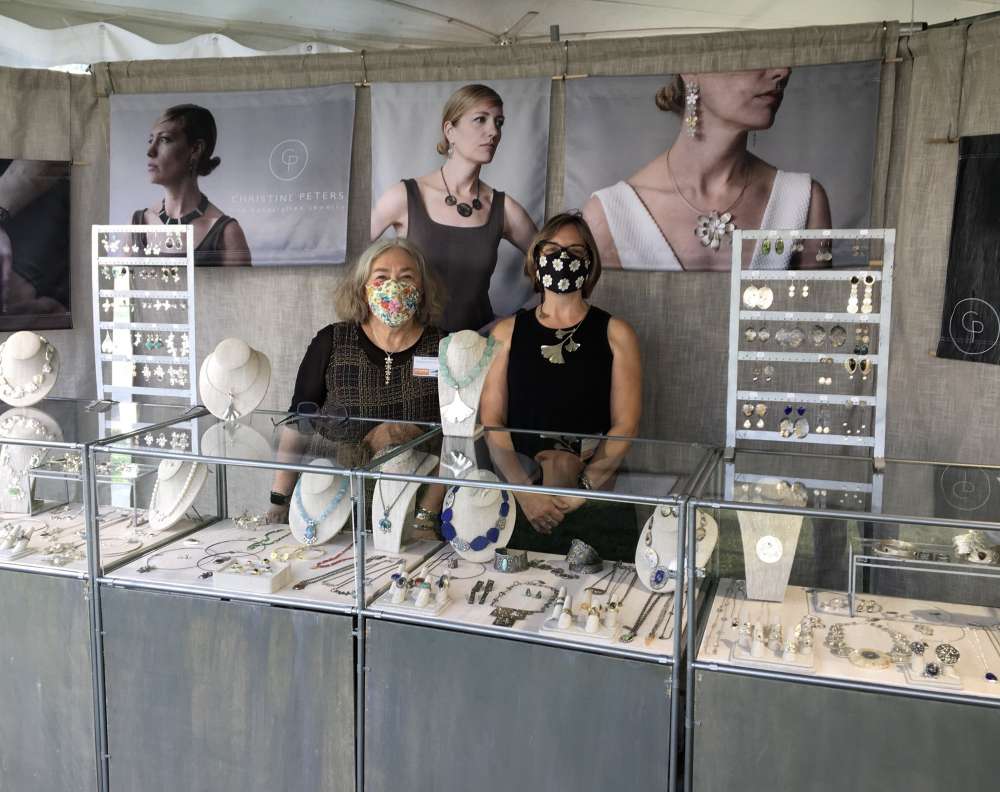 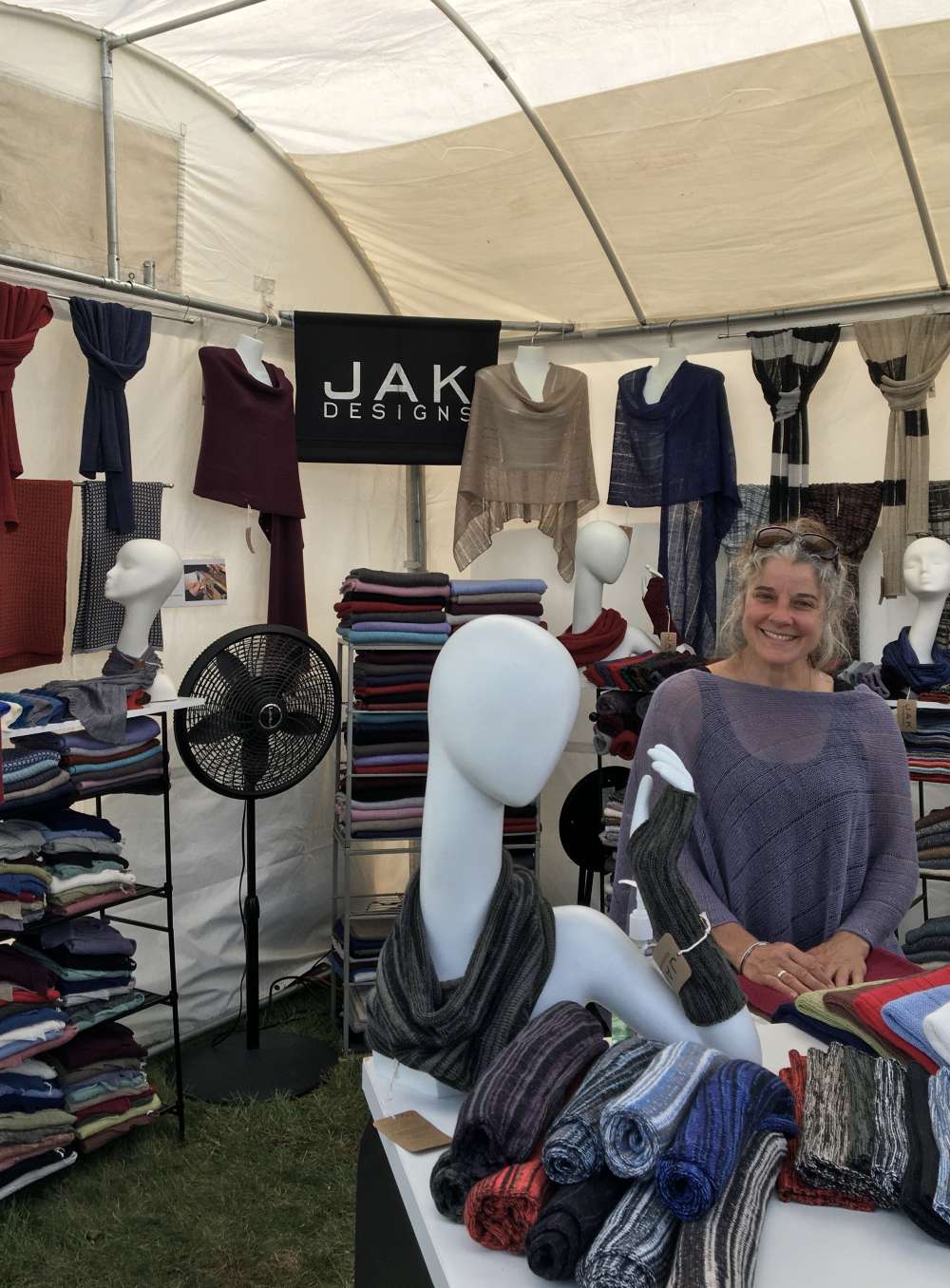 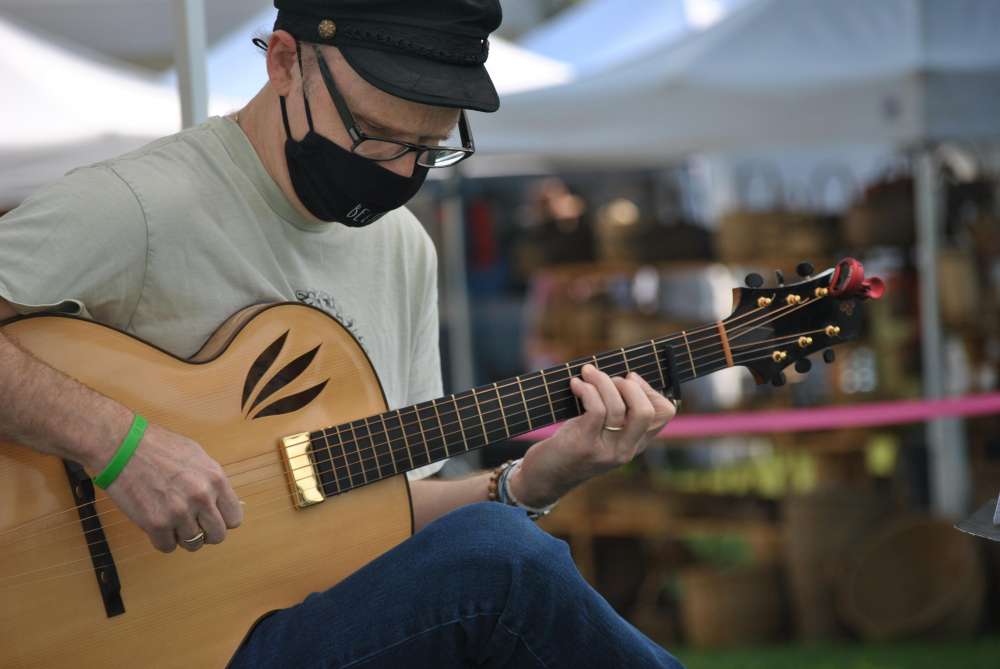 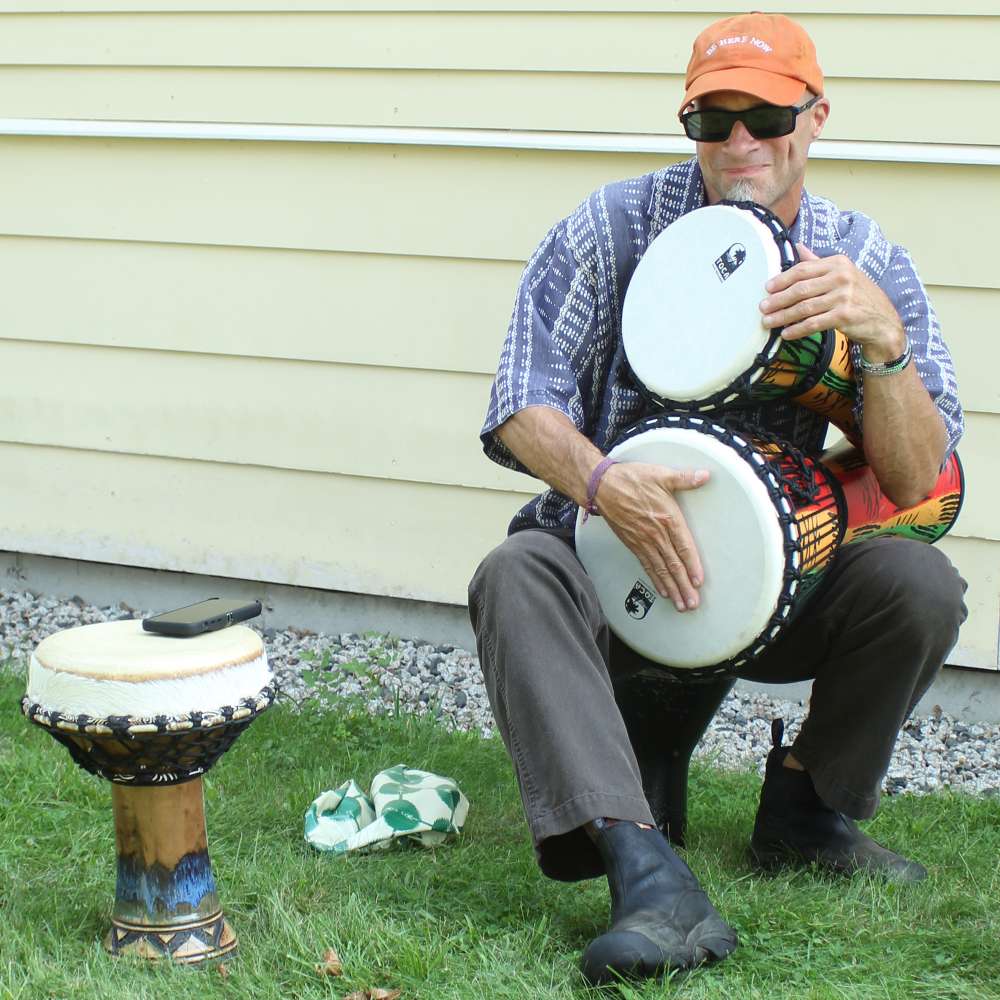 PS. This message would have been out earlier but, unfortunately, the one item I picked up at the Crafts Festival was a case of COVID-19. Despite being masked indoors and vaxxed, I still caught the bug and spent most of the past week in bed. Stay alert.

Getting hundreds of cars parked in an hour is no small feat. Our volunteers were up to the task on a record-breaking Saturday.

Hurricane Dorian was off the coast, but it didn't rain on our parade!