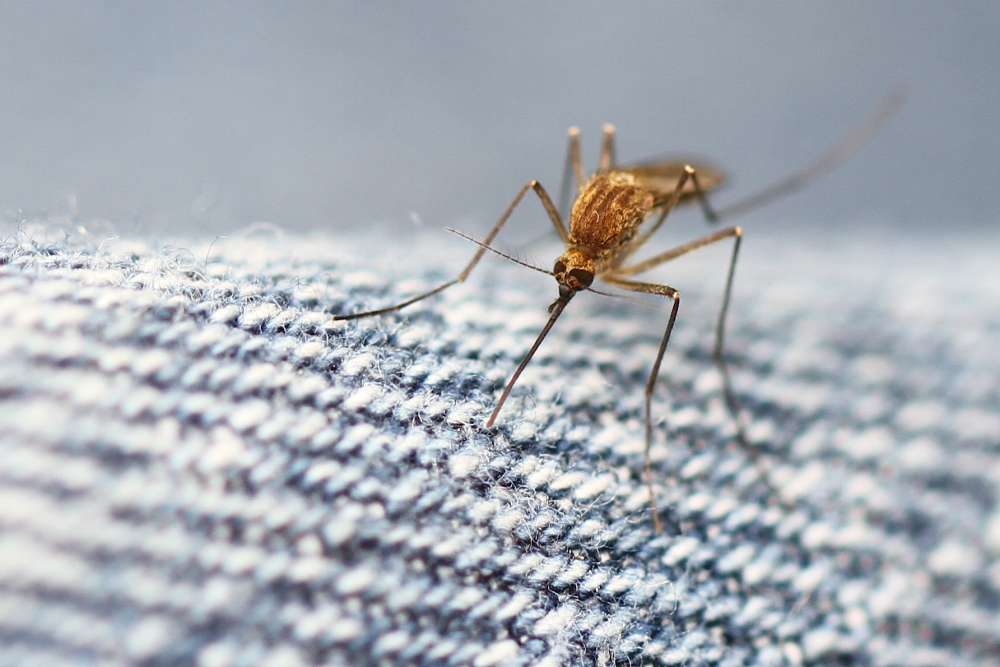 "Mosquito on my pants" by photochemPA via Wikimedia Commons (CC BY-SA 2.0).

On a warmish day in February, a mosquito clung to my office wall. The overwinterer was delicate, unobtrusive, not at all threatening, and lucky it picked late winter to appear, a good four months after the last of its kindred waned away. If it had been August I would have dispatched the fly with malice. Instead I let it live.

I’m thankful we’re free of these pesky insects for more than half the year. Then it warms and rains and summer’s certainties roll around—families come for a walk, campers frolic, trail rangers roam, couples embrace, interns deploy, and mosquitoes home in on them all.

“A nice spot, but we got absolutely destroyed by mosquitoes.”
— Evan T. via Google Reviews

The mosquitoes were punishing last summer. Even hardened researchers, quite accustomed to field work’s unpleasantries, were vexed by the bloodsuckers: “They’re insane. Never seen ’em this bad.” Reserve scientists bolstered their defenses, donning head nets to forestall madness while going about their salt marsh routines.

The population explosion went beyond Wells. I checked with long-time reserve advisor Chuck Lubelczyk, whose mosquito investigations with the Maine Medical Center Research Institute cover a lot of Maine’s coast. He concurred: Mosquitoes were “atrocious and thirsty” from Kittery to Rockland last summer. One species, Chuck said, was “very abundant” and another enjoyed its own population boom.

“The bugs on the trail out to the beach were OUT OF CONTROL. And we are total outdoors people.”
— starchixx325 via Tripadvisor

Our volunteer rangers, stalwart trail patrollers between May and October, logged their first mosquitoes of 2021 on July 3, though a “buggy” entry was made on June 19. By mid July, though, there were “lots of bugs” on the Farley, “tons” on the Muskie, and “massive mosquitoes” along the Barrier Beach Trail.

It went back and forth for a few weeks—“not so buggy,” “too buggy,” “not bad,” “very buggy.” Sometimes, at least, a breeze blew them away. August ended with “hardly any mosquitoes if you keep walking,” but come September bugs were “bad on most trails” again. After that, insect comments dwindled until early October, when one volunteer reported “Very few mosquitoes... yay!” Finally, gloriously, on 10/8: “No bugs.”

“Bring bug spray (these are not regular mosquitos!!)”
— John H. via Tripadvisor

Whether my absolved office mate was a regular mosquito or some other kind I’ll never know. The Site Profile of the Wells National Estuarine Research Reserve lists 32 species as occurring here. That’s out of Maine’s 48 and Earth’s 3,600. Not all of them bite humans but, of those here that do, the most reviled is likely the eastern salt marsh mosquito (Aedes sollicitans), which breeds around salt marsh pools. Its cousin, the brown salt marsh mosquito (Aedes cantator), thrives in brackish habitats. Those are the two that exploded last summer.

“Simply tons of mosquitoes by the waterside!”
— K.B. via Google Reviews

Salt marsh mosquitoes often lay their eggs in moist depressions. When water levels rise on the salt marsh surface—especially during twice-monthly “spring” tides—those depressions become inundated, eggs are submerged, and larvae soon hatch en masse. When it’s warm and wet, a mosquito can grow from hatchling to adulthood in just 5 days. With such rapid maturation, some mosquitoes have time to produce several generations in a single season.

Of course, mosquitoes need more than moisture to multiply. If it weren’t for the female’s essential blood meal, we could more easily appreciate the massive food supply that Aedes eggs, larvae, pupae, and adults represent to mummichogs, dragonflies, bats, and birds. Alas, that protein boost is a reproductive necessity.

“We got to walk only 5 minutes before swarms of 20 mosquitos per person came out.”
—K.P. via Google Reviews

With our world warming, will our mosquito season start sooner and end later? The little biters don’t do well below 50°. Let’s hope our springs and falls keep their chill.

—From the summer 2022 Watermark 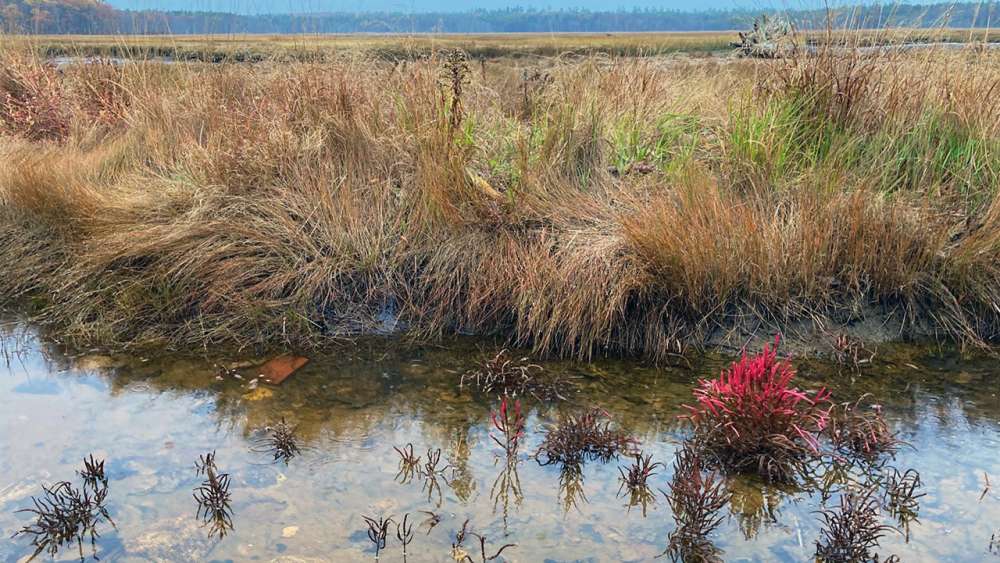