Stinky Squid on the Forest Floor

Earlier this month, I joined eighteen other enthusiastic folks and Maine Master Naturalist Alan Seamans on a two-hour trail walk in search of mushrooms. We didn't make it too far down the trail in that time because there were mushrooms seemingly everywhere! We stopped to get a closer look at all of them.

Alan explained to us that mushrooms, the fruiting body/reproductive structure of fungi, pop up above ground very quickly. They exist as a hollow chitin shell underground until it rains, and then they fill themselves up with water, inflate like a balloon, and pop up through the forest floor! They come in all sorts of varieties; in fact, Alan shared that there are an estimated 2,000 species of mushrooms in Maine alone, and roughly 20,000 species across the country.

Alan said that almost all of Maine's trees have a mutually beneficial relationship with fungi. He explained it like this: "Each tree has thousands of kilometers of fungal threads surrounding its roots. The fungus dramatically increases the amount of water available to the tree. It absorbs water and vital nutrients (especially phosphorus and magnesium) for the tree, and in exchange the tree gives some of the carbohydrates/sugars it makes in its leaves."

Because of this relationship, Alan added, fungicides people use to kill fungus are in effect also killing trees.

By far my favorite mushroom found on our energized excursion was the stinky squid. Alan had never seen this species before, so he was just as excited as the rest of us at his discovery! Evidently, the brown slimy goo within the squid's tentacles is the spore mass that attracts flies with its odor. The spores stick to the flies' legs and then are spread elsewhere. I crouched down real low to get a whiff of this mushroom, which was quite small, and it was indeed stinky!

Thanks so much to Alan for sharing his wisdom and enthusiasm with us, and to my fellow participants who fed off his energy and made this such a fun and memorable program! 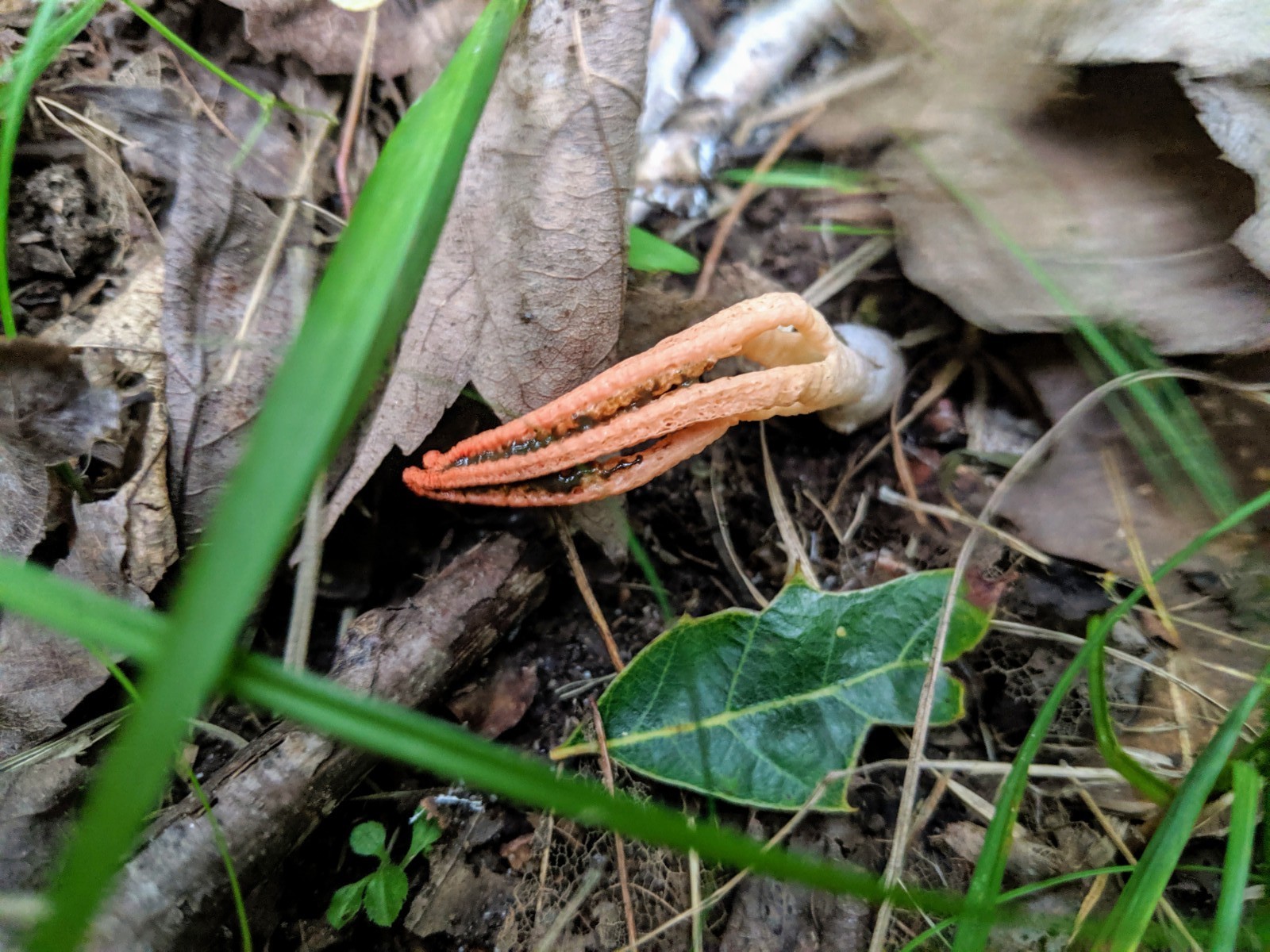 It was a perfect day for mushrooming, foggy and damp, as Dr. Larry Millman led us slowly down the trail. Said one participant: "The walk was a revelation."

A naturalist turns up early coralroot under a skunk cabbage leaf.

Educating with a National Impact

Teachers on the Estuary Workshop