The Power of Protected Places 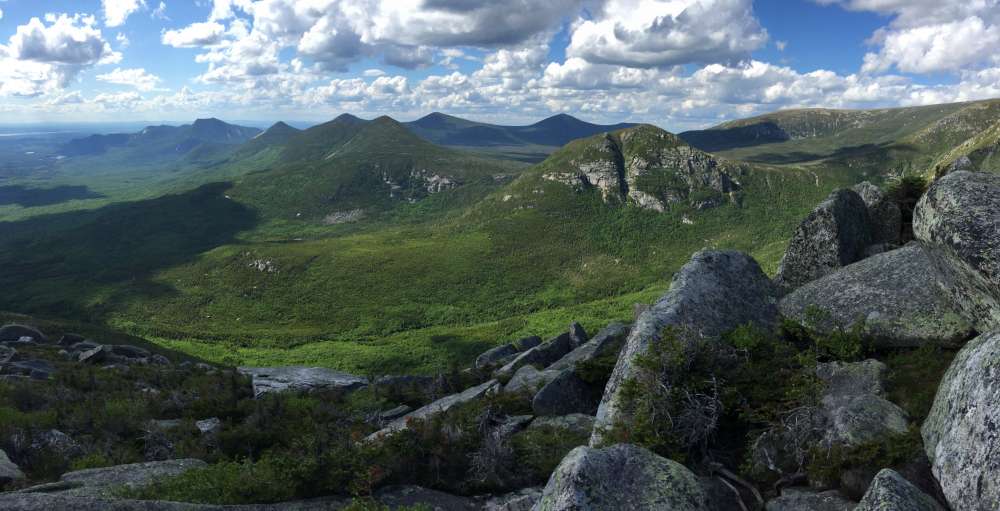 Every August when I was growing up, my father and mother would load up their big Chevy Carryall, pop-up camper, and eight kids and head from our suburban home in Connecticut for a week in the wilds of Maine's Baxter State Park. It was in Baxter, at place called South Branch Pond, that I had my first encounter with wild nature in a protected place. It is there that I saw a large brook trout swim in clear, clean water right under our canoe, watched a bull moose feed on aquatic plants in a nearby stream, and admired a spruce/fir covered mountainous landscape that unfolded endlessly.

That was my introduction to the value of protected places and the powerful influence they can have on humanity. Ever since, I have been a supporter and advocate for preserving land and water, for people and for wildlife, working both professionally and personally on their behalf for close to 35 years.

The power of protected places on people has been particularly evident during this pandemic. The Wells Reserve and other conserved lands have been havens for those who crave peaceful, wide-open spaces at a time they have been asked to limit contact with others and to stay home as much as possible. I and the skeleton staff who have been managing this site day by day over the past two months have heard from many people who tell us how much they appreciate being able to get outdoors and enjoy this spectacular landscape and trail system.

Maine has made great strides over the past 30 years to permanently protect lands like the Wells Reserve, resulting in a four-fold increase in acreage since the late 1980s. The land has included popular beaches, mountains, and wild forests; rivers, ponds, and wetlands; working forests and farms; critical wildlife habitat; and hundreds of miles of trails and waterfront access sites. We have made much progress in recent decades and the past two months have proven the importance of that work.

The demand for protected places is great and the need to protect them will only increase. Our population continues to grow, while the available land mass remains constant. We must continue our efforts to conserve the land and waters Maine residents and visitors so value. The land-conservation community has always said land protection is an investment for the future—ours and those who come after us. We are discovering today just how valuable that investment can be.

Where the Land Meets the Sea

For 50 years now, the Maine Coast Heritage Trust has been one of Maine's most prominent and influential organizations protecting extraordinary places. As part of its golden anniversary celebration, the trust asked writers, artists, fishermen, scientists, historians, and others to share what the Maine coast means to them, and put together a compendium of their responses called Voices from the Coast.

Among the invited contributors was Megan Grumbling, a Maine poet, writer, and teacher. Her essay is featured in a video called “Where the Land Meets the Sea.” For me and for others, its images and words reinforce what we do every day in the field of environmental conservation—to steward, to study, and to educate people about our coasts and estuaries.

Megan grew up along the headwater streams that feed the estuaries of the Wells Reserve. This is where her appreciation for, and inspiration from, the natural world began.

Some may recognize the Grumbling name. Megan's father is Dr. Owen Grumbling, a founder of the Wells Reserve. Through the 1980s, he helped protect the land, create the trails, and establish great education and science programs at Maine's estuarine reserve. He went on to protect thousands acres of land as chair of the Wells Conservation Commission.

Kennebunk resident Paul Dest, for 16 years the director of the Wells National Estuarine Research Reserve, was honored on December 12 with the 2016 Dr. Nancy Foster Habitat Conservation Award from the National Oceanic and Atmospheric Administration. Dest was presented with his award at the National Summit on Coastal and Estuarine Restoration and 25th meeting of The Coastal Society in New Orleans.

This "History of the Project" was written around the time the Wells Reserve was dedicated in 1986.

Adapting for Success in a Global Pandemic

"Open Every Day" More Important than Ever