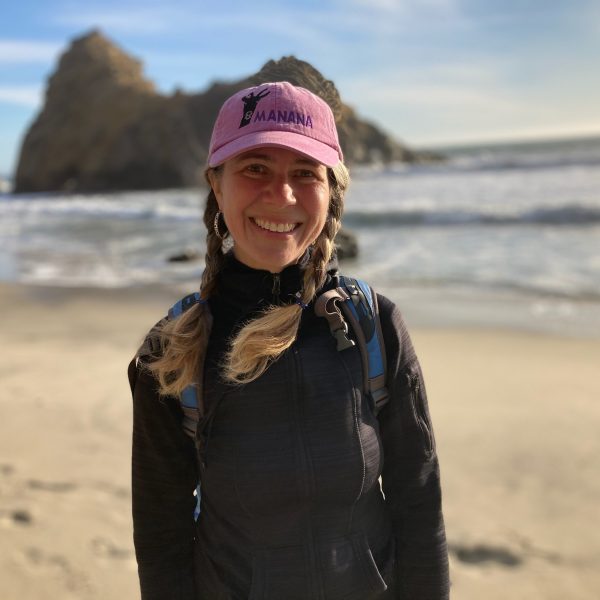 Just before Earth Day arrived this year, I heard the cries of some sort of furry critters coming from the attic crawl space off of my office in the farmhouse. When I opened the door to investigate, I expected to see red squirrels but was instead treated to the sight of a large and beautiful mama raccoon! The cries I heard were cries of a nest full of raccoon cubs out of sight behind her. She let out a deep warning of a moan when she saw me, so I quickly closed the door and got on the phone. My mission was to find a way to get the raccoon family out of the farmhouse humanely and alive.

I first called Center for Wildlife, a beloved wildlife rehabilitation facility in Cape Neddick that we work closely with to provide school and public education programs for Reserve visitors. They put me in touch with Jessica Jackson, who runs Safe and Sound Wildlife Rehabilitation in Casco and is also an animal control officer. One of her specialties is raccoon rescue and rehab, and she was able to provide incredible advice.

Jessica suggested we take several actions that evening in the crawl space: 1) play music, 2) shine lights, and 3) scatter several ammonia-soaked rags around. Raccoons don't like loud noises, bright lights, and the smell of ammonia, so each of these actions was meant to cause mama raccoon to move her nest out of the farmhouse. And, guess what? It worked! My amazing colleague, Caryn, came by the farmhouse on four consecutive evenings to set each deterrent in action. We made sure to wait until evening because raccoons are nocturnal, and we didn't want them scared outside during the daylight hours. Each morning, the music and lights were turned off by our devoted caretaker, Ed.

Unfortunately, mama raccoon moved all of her cubs out of the farmhouse except one. Its cries were still heard after the four nights of deterrents. I called Jessica again and she sent her assistant, Brandi Harris, over to the Reserve to assess the situation and attempt a rescue. And, I am relieved to say that within an hour of that call, Brandi had retrieved the orphaned raccoon. It was cold without the warmth of its fellow nestlings, but alive. I followed up with Brandi and Jessica over the next several days and learned that the raccoon was a three-week-old male who they'd named "Spike" and he was gaining weight well on a diet of goat's milk. Spike had diarrhea when they first started to care for him, and Jessica suggested that maybe mama raccoon sensed this cub was less healthy, so saved him for last to move out and then never ended up making it back. Jessica plans to introduce Spike into a litter of fellow raccoons at Safe and Sound over the coming months before then releasing them all back into the wild in November.

I am so grateful to Center for Wildlife for recommending I call Jessica, to Jessica for providing such effective and humane tips, to Caryn and Ed for putting the tips into action, and to Brandi for taking the time to rescue Spike and transport him to Safe and Sound. Thank you all, and good luck to Spike! I hope he has a long and healthy raccoon life... in the great outdoors.