It was like a miniature hummingbird hovering among the blueberry blossoms, then it darted, landed for a moment in some ground cover, and shot out of sight.

I was at the bench near the point where the Knight Trail reconnects with the Barrier Beach Trail for my first "hummingbird moth" of 2018. Three similar species in the genus Hemaris often get labeled "hummingbird moth," but it's possible, with a reasonable look at key field marks, to be more precise.

Inspect these showy sphinx moths to narrow it down: Is it a snowberry clearwing, a hummingbird clearwing, or the less likely graceful clearwing? (North America's fourth Hemaris moth occurs only far to our west.) Maine's three species are superficially similar yet variable, so it pays to know what to look for when you spot one of these imitative insects.

Snowberry Clearwing (H. diffinis) — Look for a black band across the eye that continues down into the thorax. Notice the black legs, too.

Hummingbird Clearwing (H. thysbe) — Look for the absence of banding on the thorax under the place where the wings are attached. The legs will be yellowish or pale colored.

Graceful Clearwing (H. gracilis) — Look for red-brown banding on the thorax and red on the uppersides of the legs. You're not too likely to see this species at the reserve; it's a "priority 3" on Maine's list of species of greatest conservation need.

I was lucky enough to get a front view of this one through binoculars while it took a few seconds to rest. Its eye band stopped short rather than extending down the thorax and its "throat" and sides were an uninterrupted soft yellow. A pretty little thing. 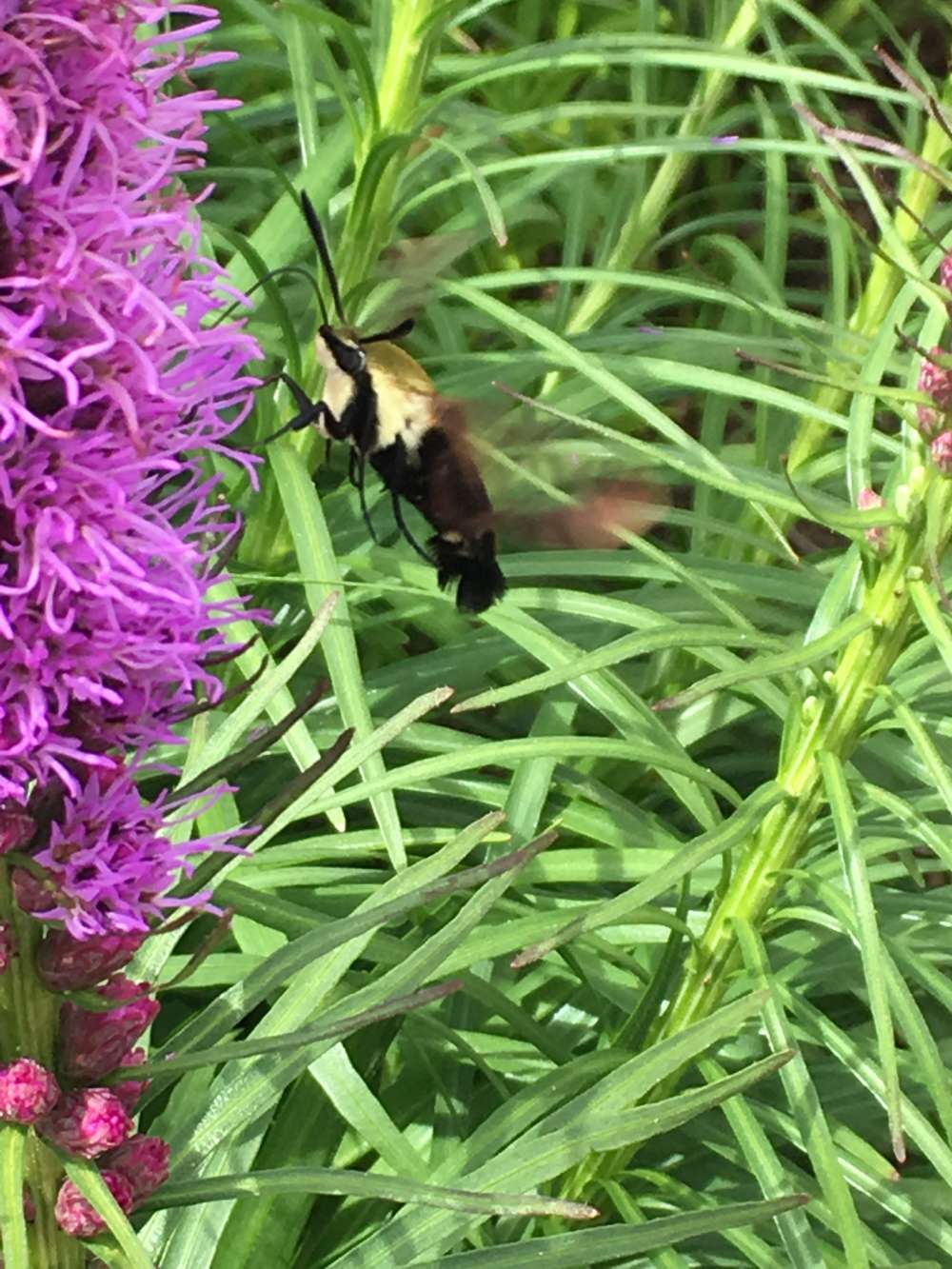 This snowberry clearwing was nectaring on northern blazing star in the Native Plant Border on July 25, 2018.
insects
winged wednesday

Eastern red columbine is a great plant for the natural shade garden. Hummingbirds, bees, butterflies, and moths savor the nectar, and you can add its blossoms to your salad.

Butterflies of the Wells Reserve

Often showy but frequently cryptic, butterflies are an attractive challenge. At least 45 species have been documented at the Wells Reserve.