After registering, by clicking on the box below, you will receive a confirmation email containing information about joining the program. 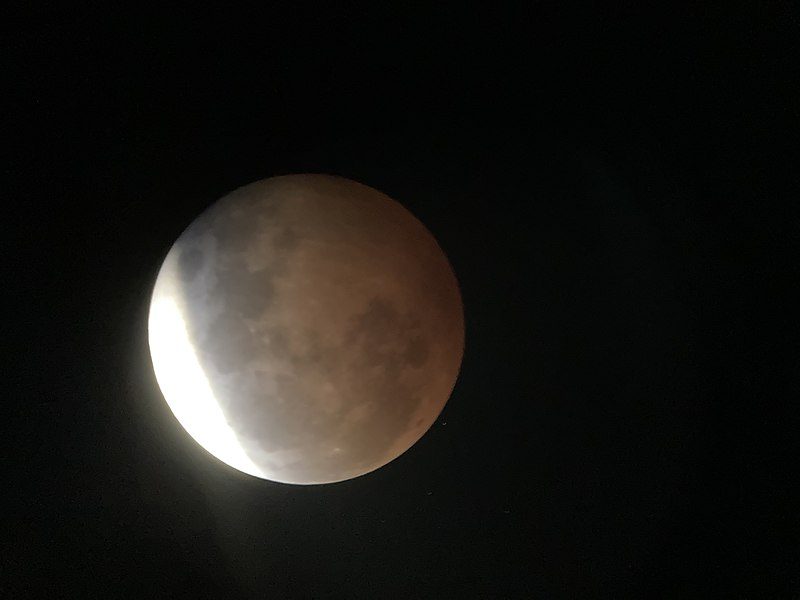 Join us for this program featuring tonight’s special celestial event, a total eclipse of the Moon. From its partial phase beginning at 10:27pm, the eclipse will reach totality at 11:29pm, when the Moon will be completely covered by the Earth`s shadow. The program will cover the feature and causes of both lunar and solar eclipses, in addition to reviewing the details of the special solar eclipse that will be visible for Mainers in April 2024.

Scott Negley has operated a portable planetarium system for presenting astronomy programs to elementary and middle school classes in northern New England. Educated initially as an engineer, a binocular tour of the heavens ignited a passion for the stars that led him to the University of Pennsylvania for a M.S. degree in astronomy and a 40+ year career as an astronomy educator. He has been privileged to convey the splendor of the universe to students of all ages, initially as a university instructor, then as a school district planetarium director, adult school teacher and elderhostel instructor. As a Solar System Ambassador, Scott enjoys the opportunity to educate and inspire others with NASA's magnificent discoveries.