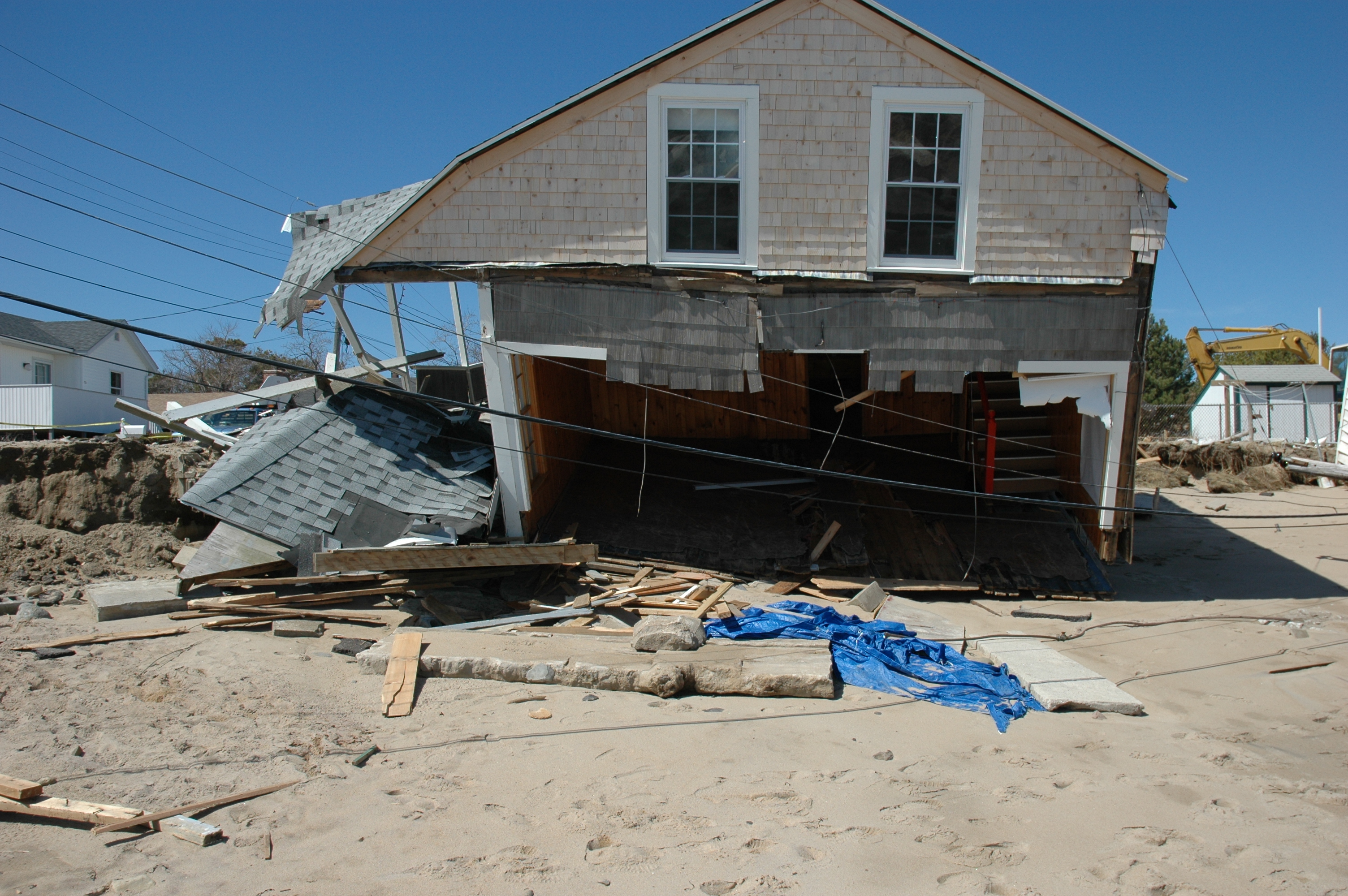 When I heard the news early last week that former First Lady Barbara Bush was starting hospice care, my first thoughts did not go to my own grandmother who, just a few years younger than Mrs. Bush, is also currently in hospice.

As I read an interview with a palliative care expert discussing Mrs. Bush’s last days, I did not immediately connect it to my grandmother’s life, though the situations were similar.

Obviously interviewed before Mrs. Bush’s subsequent death, the expert, Chuck Lee, president and CEO of Cornerstone Hospice, said “In this situation, First Lady Bush and her family have likely determined that efforts to cure her disease may only prolong discomfort, with little or no chance of extending the time remaining.” I have had these same determinations made to me recently by my grandmother’s doctor. I have used the same language of finality with my family.

Reading about Mrs. Bush, I could have thought about my own grandmother, but instead, I thought about sea-level rise. In particular, I was transfixed by the neighborhood of Camp Ellis, at the mouth of the Saco River here in Maine.

For decades, Camp Ellis has been waging, and losing, a battle with a relentless foe. With each new nor’easter, more homes are flooded, more sea walls are breached, more memories washed out to sea. Sea-level rise is contributing to the erosion, as are stronger storms and the well-intentioned engineering mistakes of past generations. Camp Ellis is slowly dying from a wasting disease, and last week, my sympathies flew there, not to Texas and the Bush family or to Falmouth and my grandmother.

Confronted by the looming losses of two grand dames, I found it easier to think of the loss of a town. The same scenario is playing out in other seaside towns, from Scituate, Massachusetts, to Miami, Florida. I wondered if there was any type of palliative care for the slowly drowning communities of America.

In the periods in my life when I’ve had to deal with grief, I’ve always found solace in the same poignant, profound book. It is Elizabeth Kubler-Ross’s “On Death and Dying,” and, 50 years after its publication, it makes more and more sense to me with each reading. Even if, as empirical studies have shown, her theory of the Five Stages of Grief is not exactly true for all people all the time, Kubler-Ross’s model of a progression through Denial > Anger > Bargaining > Depression > Acceptance still feels useful to me when I step back to watch myself, and others, grieve.

To me, Kubler-Ross’s stages of grief are a pathway through any change, not just death. For what is death, if not the ultimate change? Can grieving begin before the change even occurs, as the mind imagines what is to come and what will happen after?

When it comes to grandmothers, here today and gone the next, grief is expected. But when it comes to sea-level rise, what if some of us are already grieving for homes and communities that we know will be lost to the sea within a generation? Are we all at some stage of the D-A-B-D-A cycle, every day?

Denial is clear in so many reactions to climate science. Scientists are like callous surgeons delivering a terminal diagnosis, explaining the impending loss of so much we hold dear and expecting us to do the right thing, starting yesterday. Small wonder many say “no thanks, keep your hoax, I don’t believe you.”

There’s clearly a lot of anger around lately. Read any online comment thread. What are we so angry about, though? Back in 2014, I thought I recognized the anger stage in 300,000 climate protesters, marching through the streets of New York. At the other end of the political spectrum, are some of us mourning the loss of a great America we thought we had, that we see no longer, that we need to see made great again?

Bargaining: the residents of Camp Ellis await a meeting with the Army Corps of Engineers on May 23, to learn more about what efforts can be taken to save their homes, to shore up their shore for even just a few years more. Damn the costs, but give us more time. What will it take, what do we need to do?

Depression: at the Wells Reserve at Laudholm, where I work, we recently tried to organize a climate anxiety support group, because so many friends and neighbors have expressed fear and dismay at the global climate change problem. We’ll offer the workshop again later this year, when the darker days of winter return.

Acceptance: The five stages of grief are important to recognize, especially when planning hospice care or at the beginning of thinking about loss. Acceptance follows from a clear-eyed appraisal of the facts at hand, once tears no longer blur one’s eyes and the storms of the other stages have subsided.

But then again, isn’t it easier to go back instead to the beginning, to deny the personal grief a grandmother’s passing can bring, and instead just continue to think, but not do anything, about sea-level rise on Maine’s coast?

Nik Charov is president of Laudholm Trust, the nonprofit partner of the Wells National Estuarine Research Reserve in Wells, Maine. His monthly column, “Between Two Worlds,” ventures forth from the intersection of art and science, past and present, life and death. More at wellsreserve.org/twoworlds.

The Millennials March Forth

There's No Such Thing as a Free Sample