There's No Such Thing as a Free Sample 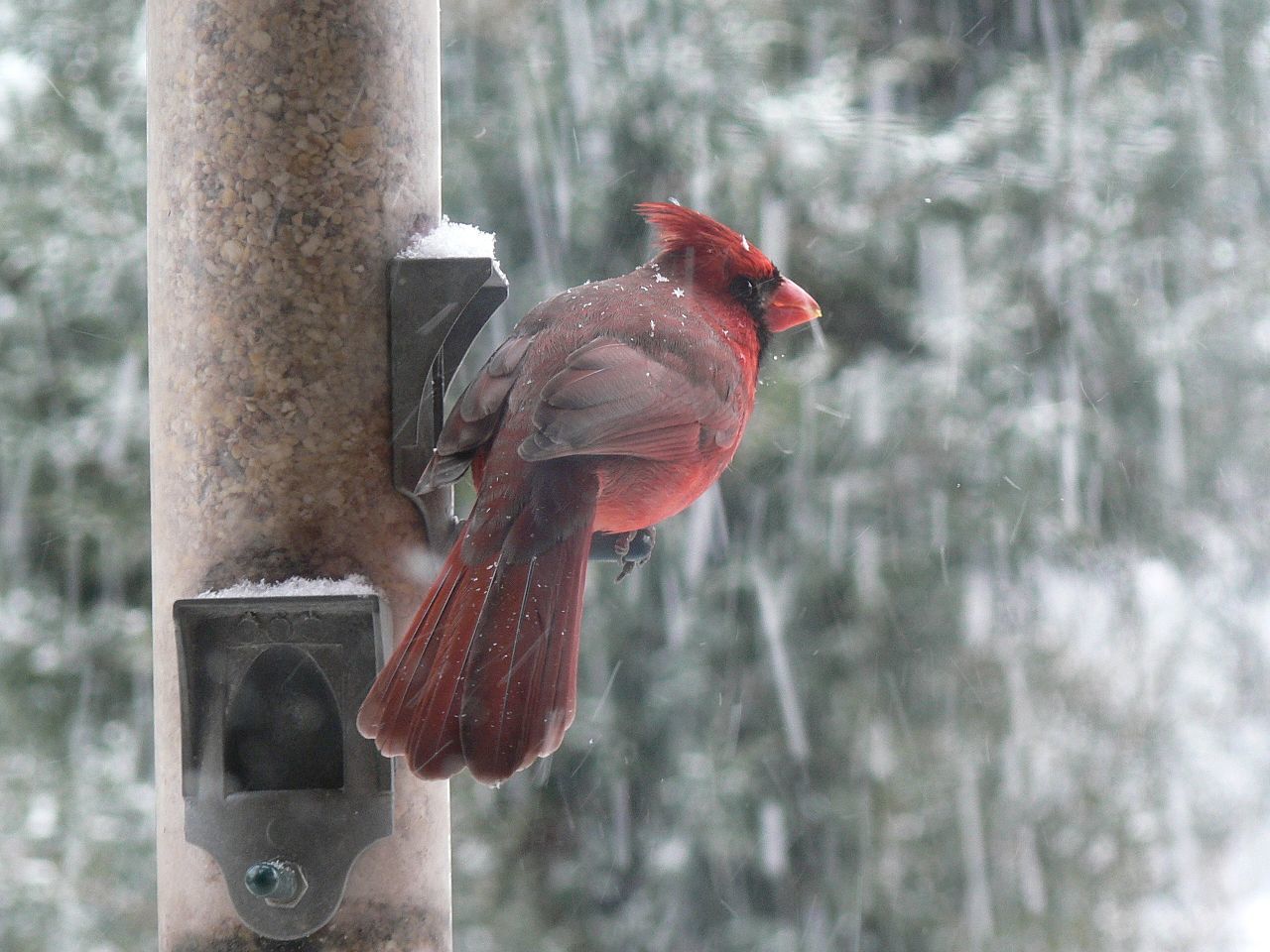 If I just tallied the birds at the feeder outside my kitchen window, I might come to believe that the only bird in Maine is a rather fat and feisty cardinal. Surely, there must be other birds around, but it seems like he’s the only one I ever see. I find it fun to observe and make predictions about the natural world, but I have to remember that the “data” from my one bird feeder, which happens to be filled with a cardinal’s favorite food, is not science. I am making observations, but I am not monitoring.

We see references to data all the time in the media, and it’s easy to get caught up the mass enthusiasm for measurement. Thanks to more technology than ever before, we live a world awash in data collectors. We willingly post personal updates and GPS-tagged photos for the entire world to see. Sensors within our phones and our homes, in space and cyberspace, even on our veins, are sending data somewhere right now. One can easily be fooled into thinking that one is contributing to the great Information Age, that one is being scientific. (Regarding bird feeders, Maine Audubon’s staff naturalist had to gently point this out on his blog last September.)

No. Armchair observations, random data, and Google results aren’t science. Sample sizes of one do not a study make; social media should never be a trusted source. We ought to know this by now, but we don’t. Instead, with each passing year, more experts are hatched, more dubious sources come online, more opinions masquerade as facts. That may be one reason analysis no longer seems to have the weight it once did, in a phenomenon the data-driven RAND Corporation delightfully terms “truth decay.”

What is to be done? We can start by trusting the experts again, the real ones, the ones that have done the work and put in the time. When the Gulf of Maine Research Institute gets a paper on lobster populations published in a prestigious journal, we should read it. When my uncle emails me a chain letter about immigration, I can ignore it.

Just because it was a record-cold New Year’s Eve in the Northeast doesn’t mean that global warming is a hoax. The five hottest years for the U.S., in the last 123 years of record-keeping, have all occurred since 2006. But one would need to look across the entire country, at well-kept temperature records stretching back more than a century, to know that. That’s a daunting task for this backyard birdwatcher. Fortunately, there’s massive federal climate monitoring effort around to do it.

The Wells Reserve at Laudholm, where I work, is part of that effort, in a small way. Our monitoring efforts have included, for more than a decade, the sampling of a dozen different weather and water qualities every fifteen minutes, with uploading of the data every hour. We track migrating birds tagged with radio transmitters. We implant acoustic transponders in fish we release back into our local rivers, to be picked up like E-ZPass tags in the months to come. This data collection is done with great care and precision. It is the grinding, occasionally boring, ever-necessary work of science. It’s the difference between glancing at a feasting cardinal out a kitchen window and analyzing years of backyard observations sent to the Cornell Lab of Ornithology.

That kind of work doesn’t come cheap, but it is important. As the January 4th blizzard roared in, a well-calibrated, well-maintained, and very expensive tide gauge in Wells Harbor began to measure a storm surge two feet above normal. Local emergency management officials called some experts for advice on how to interpret the readings.

“We were, pun intended, in over our heads with the tide prediction, but the Wells Reserve staff helped us read the data and predict when the high waters were going to recede so we could get our equipment back into affected areas,” said Wells Fire Chief Wayne Vetre. “It worked out so well—their monitoring and expertise and predictive ability were so helpful in our emergency management.”

In an age of Internet experts and kneejerk pundits, isn’t it reassuring to be able to rely on real experts and quality data? Why would anyone accept less? And yet, research funding is continually under threat. Even the U.S. Census, the massive nationwide counting effort that happens only once every ten years, is underfunded. Census data affects crucial things like federal funding, voting districts, and Congressional representation. How do we put a price on what we need to know?

Nik Charov is president of Laudholm Trust, the nonprofit partner of the Wells National Estuarine Research Reserve in Wells, Maine. His monthly column, “Between Two Worlds,” ventures forth from the intersection of art and science, past and present, too much and too little. More at wellsreserve.org/twoworlds.

Believe It or Not

I get to meet many scientists. While it’s hard to understand them sometimes, they are all very decent (and underpaid) people. And they are all as astounded as I am that more than half the country does not believe them when they say climate change is real, that it is happening, and that it is man-made.

The First to Die

If the first casualty of war is the truth, then truth never stood a chance.