We'll soon be publishing a revised and updated edition of Laudholm: The History of a Celebrated Maine Saltwater Farm. Joyce Butler's synthesis, first printed in 2005, has been out of stock for too long.

Joyce's research and reporting were solid; we have done only minor tinkering to the chronology between 1643 and 1977—from Henry Boade's settlement on the site to the death of George C. Lord II. But in this new edition, we say more about what happened next by retelling the Laudholm creation story and chronicling the first few decades of the Wells National Estuarine Research Reserve.

Briefly, in case it's new to you: In 1978 a small group of citizens concerned about the future of Laudholm Farm planned a rescue mission, encountered fundraising obstacles, discovered a program that renewed their optimism, formed a nonprofit, and rallied support at local, state, and federal levels to establish a protected area with the old farm at its strategic center.

That journey lasted 8 years. One major milestone was reached on October 24, 1984, with the first purchase of Laudholm property. That's when the Wells National Estuarine Sanctuary came into being. The next big moment was April 24, 1986, when the Laudholm Farm purchase was completed. But when Dedication Day rolled around on August 31 that year, the site wasn't an estuarine sanctuary, it was an estuarine research reserve. What happened between the milestones?

Designate a Sanctuary Then Dedicate a Reserve

Those who delve into Laudholm lore must come to terms with the dueling names and dates. Wells was designated as the 14th* National Estuarine Sanctuary in 1984, but was dedicated as a National Estuarine Research Reserve during that summer celebration of '86. Our anniversary markers focus on the latter, since that's when everything came together, so we'll (quietly) be celebrating 35 years in 2021.

While it's barely consequential, it has always needled me not to know how the sanctuary suddenly transformed into a reserve. This couldn't be only a labeling whim; the name is a formal construct of the federal government. So as I progressed on the Laudholm revision I went looking for why.

The name change, I discovered, was a tiny part of something much bigger: Reducing the federal deficit.

Balancing the budget was thematic during the presidency of Ronald Reagan (1981–1989). He had signed the Deficit Reduction Act of 1984 and the Balanced Budget and Emergency Deficit Control Act of 1985 (familiarly, Gramm–Rudman), but the 99th Congress also worked deficit reduction amendments into the massive Consolidated Omnibus Budget Reconciliation Act of 1985 (COBRA). Along the way, COBRA absorbed the Coastal Zone Management Reauthorization Act of 1985. According to a Congressional Research report on the CZM:

Limited amendments placed in Section 6044 of the Deficit Reduction Amendments of 1985 replaced the Estuarine Sanctuary Program with the Estuarine Research Reserve System and added considerable detail without changing the basic elements of this program.

The 1985 CZM Reauthorization Act, sponsored by Maryland democrat Barbara Mikulski, was heavy on fiscal constraints but also contained the language that converted the sanctuary program to a research reserve system. Among its provisions, the Act:

COBRA was not yet settled at the end of 1985, but House-Senate conferences in December and March finalized the package and it was sent to the president in early spring. Reagan's signature on April 7, 1986, put Public Law 99-272 into effect just a few days before the meeting in Maine that clinched the Wells deal. 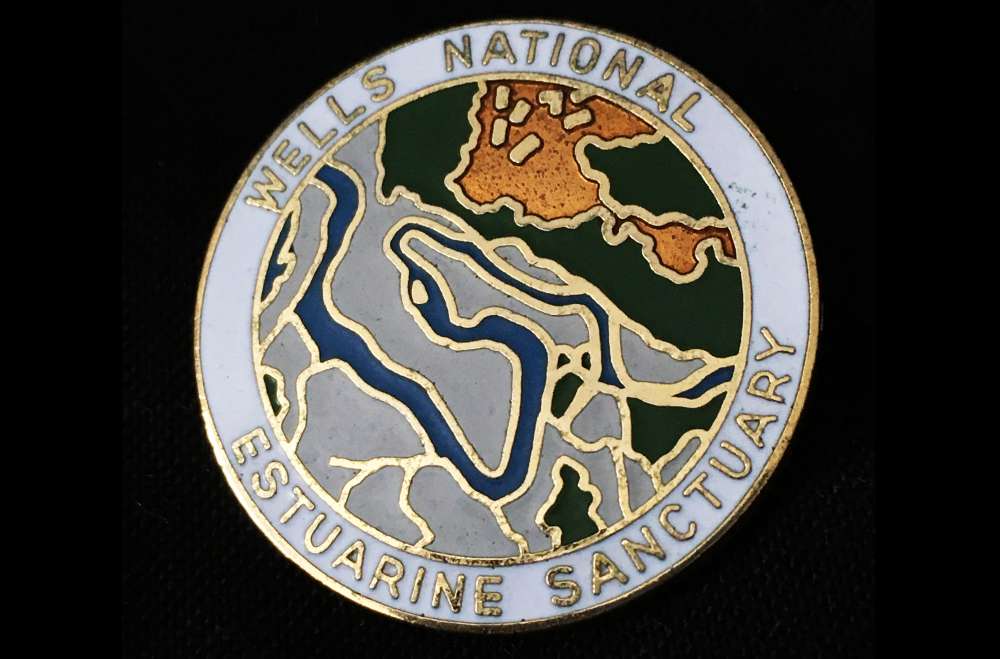 * At the time, Wells was said to be the 15th sanctuary in the national system, but looking back from 2020 I was unable to verify the order and timing of earlier sanctuary designations. To be continued.

This "History of the Project" was written around the time the Wells Reserve was dedicated in 1986.

The James Way at Laudholm Farm

Garages Get a Makeover