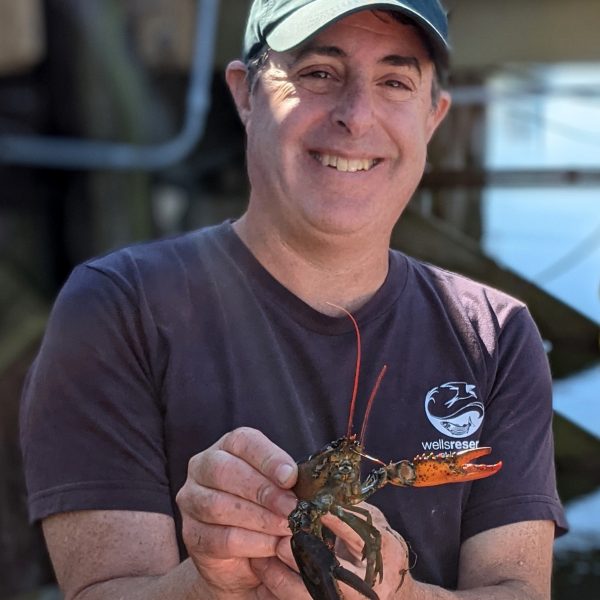 On July 13, 2021, we and our partners deployed 7 drifters to obtain a second year of data in this experiment. We anticipate up to 30 days of data collection with positions updated every 30 minutes.

Today our lobster researchers, Jason Goldstein and Ben Gutzler, released 24 "ocean drifters" offshore to track surface currents in the southern Gulf of Maine. They're using the drifters to get a better idea where newly hatched lobster larvae go when they float as plankton during the first month of their lives.

What is a Drifter?

Ocean drifters are buoys that are often used to study movements of particles near the ocean’s surface. Our Irina design drifters have cloth "sails" to catch sea currents and are balanced with weights and a small float to maintain stability. They are meant to hang just below the ocean surface except for their float and a GPS unit that is raised above the water. The GPS unit reports its position every 30 minutes, and those reports are posted to an online NOAA Fisheries map.

Fishermen and scientists have a good idea where egg-bearing lobsters are found in the Gulf of Maine, so Jason and Ben are releasing their ocean drifters at four locations (from near shore to about 26 km / 16 mi off shore) at a time when lobster eggs are due to hatch. The drifters will be much easier to track than microscopic lobster larvae.

The research team will track drifter positions for 30 days, which is the typical period that lobster larvae float as plankton. This will help them understand where larvae are likely to disperse, and how hatching location affects lobster dispersal.

They will also use the collected GPS data in oceanographic models to determine where larvae are likely maturing into postlarvae, the growth stage when they become active swimmers rather than passive drifters. Where larvae metamorphose influences where they will settle on the sea floor to grow into adults.

Did You Find a Drifter?

If you see one of our drifters in your travels around the Gulf of Maine (or beyond!), please call or text 603-892-7135. Thank you for your cooperation. 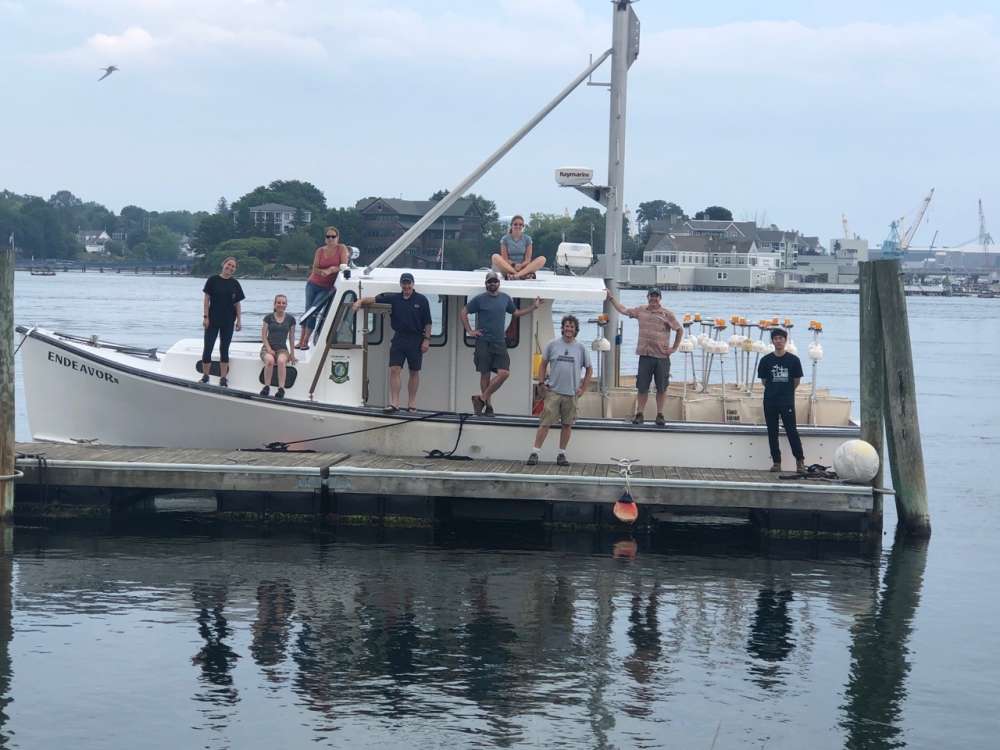 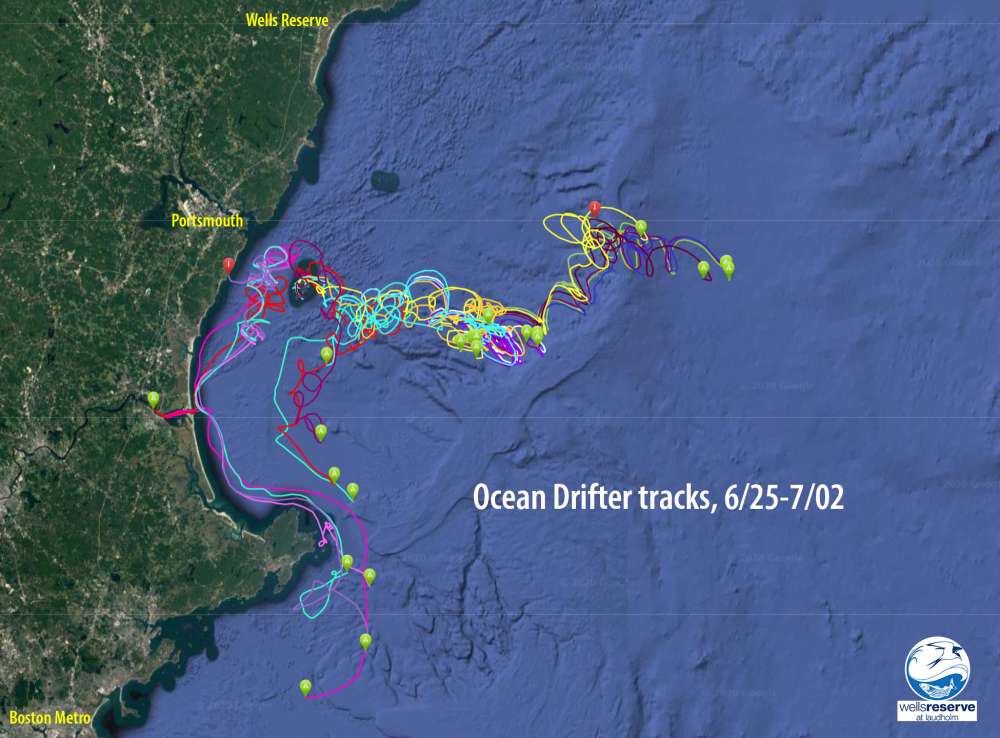 The Wells Reserve will receive about $250,000 over 2 years to study how warming coastal waters are affecting lobsters in the Gulf of Maine, as part of Sea Grant's American Lobster Initiative.

Wells Reserve scientists are studying the swimming abilities of baby lobsters to better understand the consequences of climate change for these important animals.