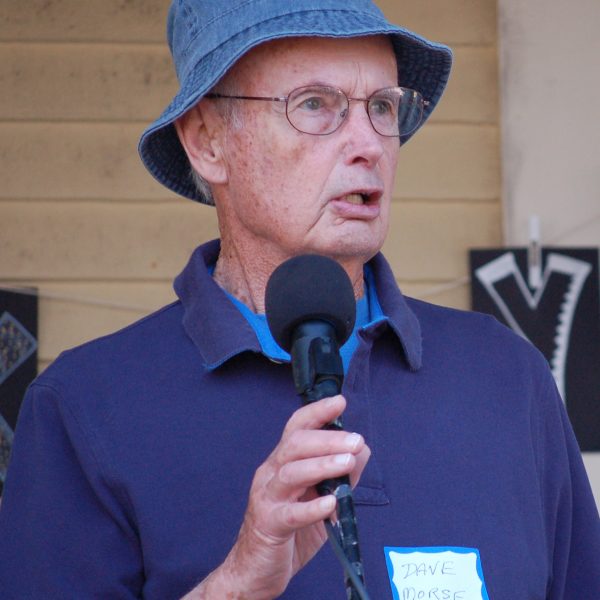 I took a hike on a brisk November morning and was surprised to see a man in camouflage preparing to shoulder his bow beside the Muskie Trail entrance. I learned he was a hunter participating in the reserve's annual deer harvest program.

This program was initiated because of ecological problems caused by an overpopulation of deer. Because the reserve uplands are a designated state wildlife sanctuary, no hunting had been allowed for decades. The deer density in the 1990s was estimated at 100 per square mile, while a healthy "carrying capacity" is closer to 15/mi2. Locals report having seen the field along the Muskie Trail full of deer in early mornings and evenings.

The reserve was unable to plant native shrubs because of deer browsing and there was no regeneration of shrubs and trees in the woods. Invasive species such as honeysuckle, barberry, and bittersweet were taking over.

The reserve's Stewardship Advisory Committee, after studying the issue and exploring options, recommended thinning the herd through a controlled bow hunt starting in 2002. The plan was approved by the Laudholm Board of Trustees and the commissioner of the Maine Department of Inland Fisheries and Wildlife.

Reserve director Paul Dest worked with an expert local bow hunter and a state wildlife biologist to begin the process. Bow hunters wanting to participate are required to demonstrate their skills to the committee and pass a check by the Maine Warden Service. Their first obligation is the safety and welfare of the public. They are also required to hunt from a tree stand so their arrows have a downward trajectory and limited travel distance.

The season runs from November 1 through January 30, excluding Sundays. There is no limit on the number of deer each hunter can take.

There are currently eight hunters participating and the annual harvest is between 10 and 15 deer per year. Hunters remove a tooth, blood sample, and ticks and submit them for research. Hunters can retain deer for their own use, but often donate them to the Hunters for the Hungry program, which arranges preparation of the meat for distribution to local food pantries, soup kitchens, and homeless shelters.

The success of the program is evident in the flourishing growth of young trees and bushes along the trails, as well as the beautifully tended native plant garden adjacent to the entry kiosk.

We still spot the occasional deer, sometimes a doe and fawn, as part of our woodland wanderings. We can enjoy these sightings while knowing that the biodiversity of the Wells Reserve is being honored.