We've always known our annual crafts festival draws folks from all over. This year, I was determined to get a better idea "from where?"

Saturday was busy from the get-go. That's true every year, but this year we made a big change in how we get people onto the site: Park then pay.

In the past, collecting admission while cars lined up created a troublesome bottleneck. It's no fun for visitors and stressful for parking volunteers. Worse, the backups sometimes stretched back to Route 1, well over a half mile of cars, creating a traffic hazard on a busy U.S. highway.

A park-then-pay approach was worth a try. At the same time, the crafts festival parking committee decided to open multiple lanes to incoming cars, which kept arrivals flowing in. Watching the fields fill up from a distance is an annual spectacle and glancing now and then at this year's progress was even more boggling than usual.

At 11:15 I found myself down by the overflowing parking lot and decided to fulfill a longtime wish. I would count all those cars and tally them up state by state. Fifty minutes later (and a little bit sunburned), I headed back to the heart of the fair, field notebook packed with hashmarks.

So, how many were there? Where were they from? I checked my hashmarks that night, between our record-breaking Saturday and our no-slouch Sunday.

I counted more than 500 cars and they were from 20 states and 2 provinces. Here's my favorite trivia:

Any attempt to quantify is prone to error, so I'll make no pronouncements based on my little project. This was simply a 50-minute moment in time on a weekend containing 12 hours of festival. Cars exited as I was counting and more came in to stretch boundaries and fill gaps. My total is also a little low because if I passed a car without a front plate I skipped it, too focused (or lazy?) to walk around.

While on my rounds I crossed paths with the parking team. They flagged in cars and kept up a steady chatter of directions to each other and to drivers. Surrounded by fields glinting with automobiles, they put in a valiant effort proving the new system. That first shift on Saturday included John Mahoney, Ed Alberts, Diane Carfora, Bina Salvador, Carol Raposa, Iwani Awlari, Jim Farr, and David Kupferschmid. Altogether, 28 volunteers shared parking duties over the weekend. They're all stars.

Here are my car counts: 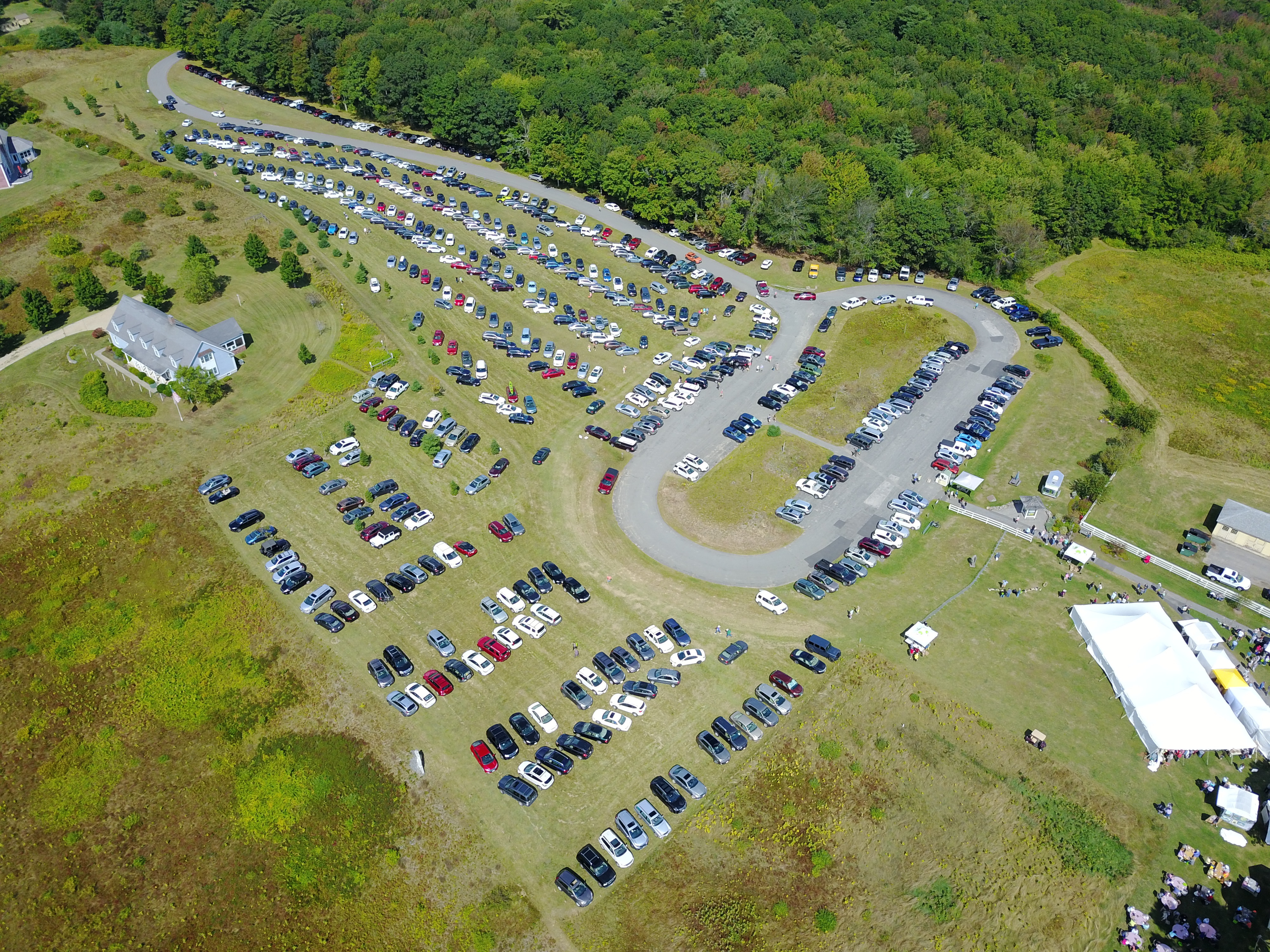 A Message from The Forks

The art of parked cars.