Breeding like rabbits will not be enough to save New England cottontails from disappearing from Maine. Surviving subpopulations are small and isolated. Without a helping human hand, the short-term outlook would be grim.

The Wells Reserve, once considered a stronghold for the rabbits and still a bastion of hope, has sufficient suitable habitat—young, thick, brushy woodland—and manages it to maintain its character. But even here, rabbit sightings have become rare and surveys have not been encouraging. 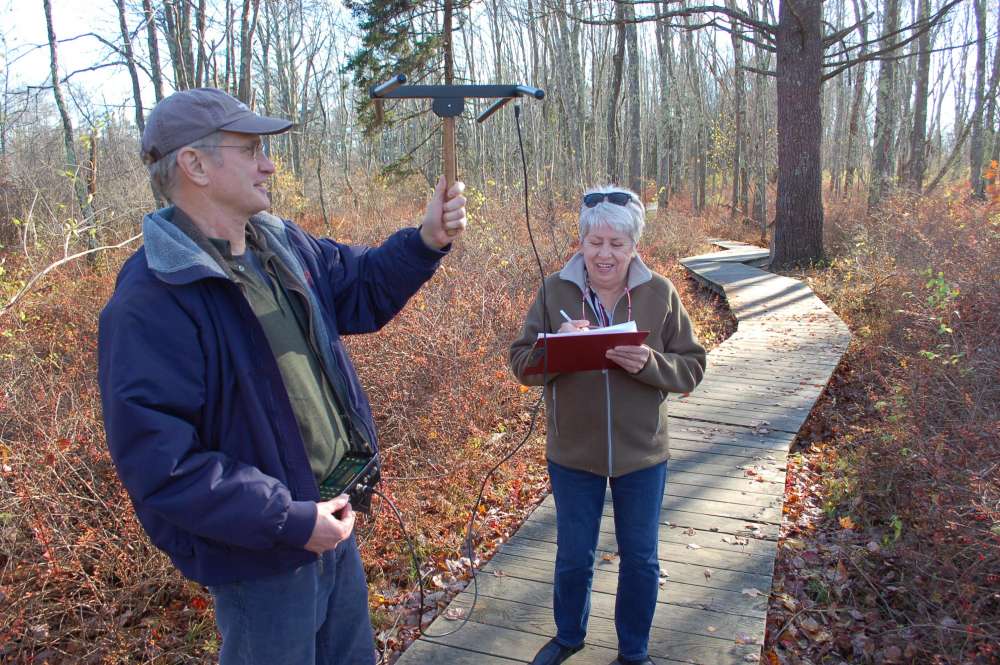 Volunteers track New England cottontails equipped with radio collars and released at the reserve. With a directional antenna and radio receiver, they can pinpoint a rabbit’s location and status.

Isolation is a key concern. Not too long ago, cottontails could move between Maine’s subpopulations to bolster numbers and maintain genetic diversity. But development and forest growth have eliminated much of their niche habitat, and remaining pockets are separated from one another. Though rabbits can still hop from patch to patch in a limited area, they are simply too far away from neighboring subpopulations to reach them safely.

This dire situation—a state population of not much more than 300 individuals in 2004—prompted the Maine Department of Inland Fisheries and Wildlife (MDIFW) to list the New England cottontail as endangered. The U.S. Fish and Wildlife Service (USFWS) then considered federal listing under the Endangered Species Act, but after a decade opted against it, citing its own conservation efforts and positive efforts by its partners.

The partnership’s efforts have emphasized two key activities, habitat management and species reintroduction. The Wells Reserve is central to both.

In 2008, the reserve received a 13-year grant from the USDA Natural Resources Conservation Service to create and improve the early-succession forest habitat that is essential to New England cottontails and other at-risk species. Over the past 10 years, swaths of land have been planted or cut to create and maintain the right conditions for rabbits, and teams of volunteers have constructed brush piles in strategic locations to give the rabbits better protection from predators.

Then last fall the reserve accepted its first batch of captive-reared cottontails. Most were bred and raised with the specific intent of enhancing local subpopulations. A second covey of conies was released at the reserve this autumn.

Augmenting populations is a gradual process. Rabbits have low survival rates in the best of times; they evolved to breed prolifically because so many of them fall to predators. Releasing them into new areas, however well prepared the habitat may be, introduces even greater risk. Finding the right approach to rebuilding the cottontail’s status in Maine will take some time. Recovery will be measured in decades, not days.

Early some morning, though, with good eyes and a leap of luck, you might spot a cottontail grazing on grass along a brushy edge. More likely, you will pass an occupied thicket without a hint that a rabbit is hiding there. Seen or unseen, its presence signals hope.

Let me introduce you to the Wells Reserve’s favorite, and most vexing, local bunny.

Bunny and the Dogwood Wattles

A 13-ton machine rolled down the "F field" to make habitat for a 2-pound rabbit. As the grassland greens up this spring, the evidence should fade quickly away.